UP Lawyer Allegedly Shot At, Beaten Up; Accused Linked To A Gang: Police 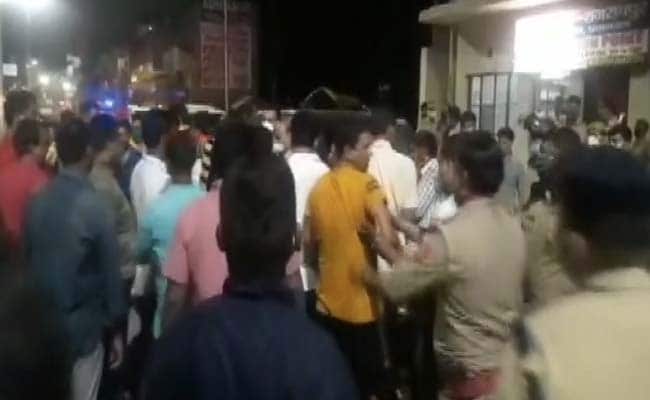 Visuals from the site showed chaos after Abhishek Shukla was attacked.

A lawyer in Uttar Pradesh's Prayagraj was injured last night after he was allegedly shot at and beaten up by some men linked to a gang, police said this morning.

Abhishek Shukla, the newly-elected joint secretary of Bar Association, was the lawyer who was attacked. According to the police complaint, the accused are "members of criminal Atiq Ahmad's gang". He has been admitted to a hospital.

"This incident happened at Jagriti Vihar Chowk. According to the complaints filed by members of Allahabad High Court Bar Association, some men belonging to criminal Atiq Ahmad's gang had fired upon Abhishek Shukla, the newly-elected joint secretary of Bar Association. The injured has been shifted to hospital. We have registered the case," said Additional Director General of Police (ADG) Prem Prakash while speaking to media, adding that the accused are missing.

"The bullet missed the advocate. Police are searching for them. We are checking their records in old cases against them," he added.

Sanjeev Kumar Singh, ex-joint secretary, Library High Court Bar Association said, "We were at Jagriti Vihar Chowk, our vehicle touched the vehicles of the accused and they abused us. When we asked them to stop abusing us, they shot at us with a country-made pistol. Abhishek Shukla, the joint secretary of the bar association of High Court was injured in the incident."