Uttar Pradesh Chief Minister also said that few people had hampered the development of Bihar and are again lying to the public by promising to provide jobs. 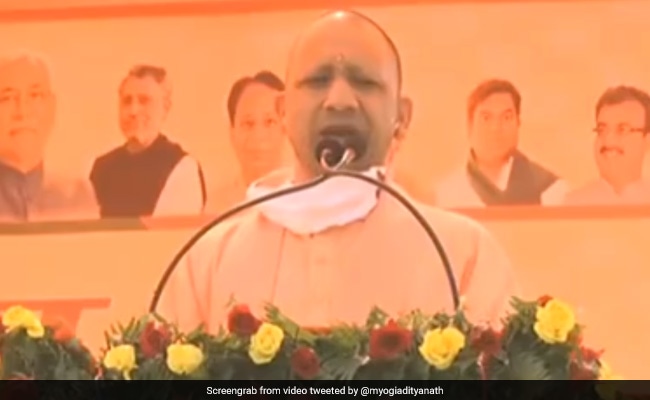 In 15 years, Bihar has covered a long journey of development under Nitish Kumar: Yogi Adityanath

"Fifteen years ago, some people put Bihar in an identity crisis. Recall their ''jungle raj'' when corruption was rampant...6 years ago, choosing PM Modi changed the nature of Indian politics. Now, no poor has religion or caste. Development is for all," said Yogi Adityanath in Siwan.

Uttar Pradesh Chief Minister continued saying that a few people had hampered the development of Bihar and they are again lying to the public by promising to provide jobs.

"In these 15 years, Bihar has covered a long journey of development under the leadership of Chief Minister Nitish Kumar," said Yogi Adityanath.

Bihar recorded a 53.54 per cent polling in the first phase of assembly polls on Wednesday, according to a release by the Chief Electoral Officer Bihar.

Bihar is witnessing a keen contest between the ruling JDU-BJP alliance, grand alliance (RJD, Congress and others), third front with RLSP leader Upendra Kushwaha as its chief ministerial candidate and Chirag Paswan's Lok Janshakti Party (LJP), which is eying the role of a kingmaker in case of a hung Assembly. Elections will decide if Nitish Kumar will win a fourth term as Chief Minister.

This is the first election in the country being held amid the COVID-19 pandemic.