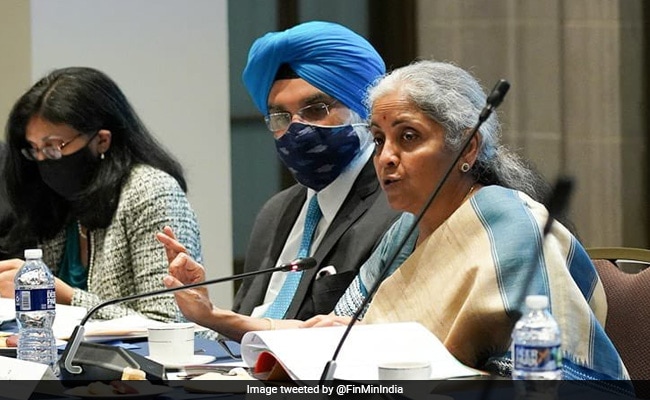 Nirmala Sitharaman met members of the US India Business Council on Wednesday.

Members of the influential US India Business Council in their meeting with Union Finance Minister Nirmala Sitharaman Wednesday praised India's reform trajectory and exuded confidence in the growing Indian economy.

"We praised her reform trajectory and discussed new opportunities to strengthen commercial ties between the US and India," USIBC said after they along with CII hosted the visiting finance minister for an interactive session.

Business leaders thanked the minister in laying down the vision for future growth and congratulated the Indian Government in steering the economy during the COVID-19 pandemic, the Finance Ministry said.

The meeting was attended by CEOs and business leaders from the insurance, private equity, technology, energy and pharma sectors amongst others.

India's Ambassador to the US, Taranjit Singh Sandhu, also addressed the meeting that was presided over by USIBC president Nisha Desai Biswal.