India has several branches of special forces such as the Marcos, Para Commandos and Garuds, among others, that can be tasked to kill terrorist leaders in enemy territory 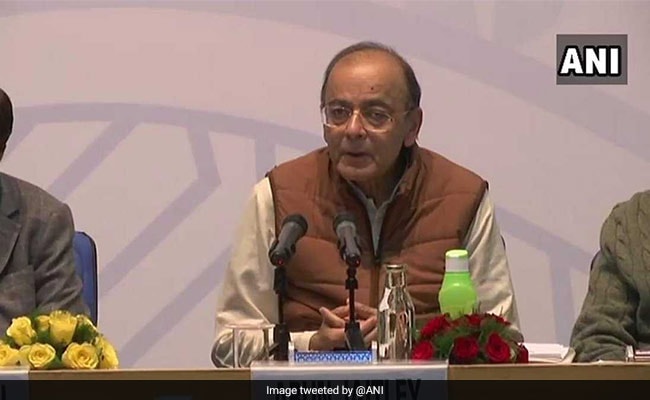 As tensions escalate between India and Pakistan after the Pulwama terror attack and the subsequent air strike by India, Finance Minister Arun Jaitley today said India has the capability to eliminate terrorist masterminds roaming freely in the neighbouring country.

Masood Azhar, chief of terror group Jaish-e-Mohammed that claimed the suicide car bombing that killed 40 CRPF soldiers in Jammu and Kashmir's Pulwama over 10 days ago, is living in Pakistan, so is the 26/11 Mumbai attacks mastermind Hafiz Saeed.

"I remember when US Navy Seals (commandos) went to Abbottabad to kill (Al-Qaeda chief) Osama bin Laden, then why can't India? This used to be only an imagination, a wish, a frustration and disappointment. But it's possible today," said Mr Jaitley, who was defence minister before Nirmala Sitharaman was given charge of the ministry in late 2017.

The biggest training camp of the Jaish in Balakot that Indian Mirage 2000 fighter jets bombed in a pre-dawn attack on Tuesday was just 60 km from Abbottabad, where Al-Qaeda chief Osama bin Laden was found hiding in a discreet bungalow before he was shot dead by US Navy Seal commandos in 2011. The Pakistani Military Academy or PMA Kakul, which trains top officers of Pakistan's armed forces, is also located in Abbottabad.

Indian special forces destroyed terror camps across the Line of Control in September 2016 without taking any casualty, an operation that was seen as a perfect example of how a swift and deadly surgical strike can be carried out in response to terror attacks on Indian soil.

India has several branches of special forces such as the Marcos, Para Commandos and Garuds, among others, that can be tasked to kill terrorist leaders deep inside enemy territory, military analysts say.

Despite India proving proof in the form of dossiers multiple times about terrorist masterminds taking shelter in Pakistan, successive governments in the neighbouring nation and even the current one headed by Prime Minister Imran Khan continue to deny it is a safehouse for terrorists.

In 2011, wary of alerting Osama bin Laden's informers who could be based in Abbottabad, the US operation to kill him had to be planned in absolute secrecy. Fearing leaks, operational plans were reportedly not shared with Pakistan, long known as an ally of the US in its war on terror after the 9/11 attacks that destroyed the twin towers of the World Trade Center in Lower Manhattan.

In the operation codenamed 'Neptune Spear', the US used heavily modified Black Hawk helicopters to make them invisible from Pakistani air defence radars and sent in the Navy Seals from Bagram Air Base in Afghanistan.

The killing of Osama bin Laden on Pakistani soil had put the country on shaky ground, with its denial that it didn't know the Al-Qaeda chief was hiding in Abbottabad being rubbished by several nations, including India. Pakistan faced allegations that a large network existed in the country that helped Osama bin Laden evade capture.