The meeting between Mr Mattis and Prime Minister Modi came ahead of the latter's maiden meeting with US President Donald Trump. 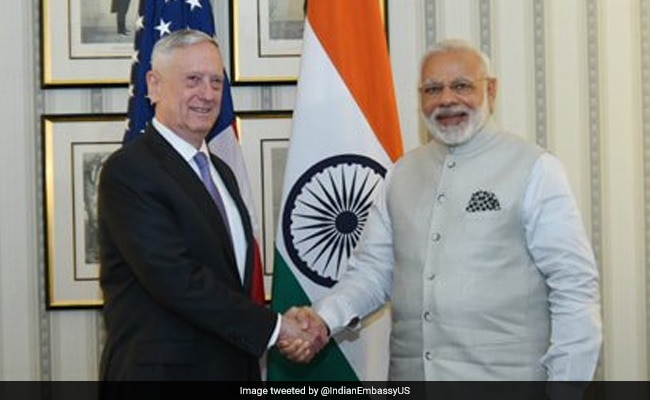 Washington: US Defence Secretary James Mattis called on Prime Minister Narendra Modi in Washington today amid reports that America will sell 22 Guardian drones to India to bolster its surveillance and intelligence gathering capabilities.

The meeting between Mr Mattis and Prime Minister Modi came ahead of the latter's maiden meeting with US President Donald Trump at the White House. Mr Mattis met Mr Modi at the Hotel Willard Intercontinental, where the Prime Minister is staying.

While the deal on the 22 Guardian worth between $ 2-3 billion has not been formally announced, it is considered to be a "game changer" for the US-India relations as it operationalises the status of "major defence partner".

The designation of India being a "major defence partner" was decided by the previous Obama Administration, and formally approved by the Congress.

Promoted
Listen to the latest songs, only on JioSaavn.com
According to General Atomics, the Predator Guardian UAV, a variant of the Predator B, can be used for wide-area, long-endurance maritime intelligence, surveillance and reconnaissance missions. The Indian Navy had made the request for this intelligence, surveillance and reconnaissance (ISR) platform last year.

The Guardian has cutting edge technologies that do not do not exist in the current Indian Navy arsenal.