"Urmila Matondkar Brought In Because Of Her Face," Says Her BJP Rival

Gopal Shetty won the constituency in the 2014 election after defeating the Congress's Sanjay Nirupam. 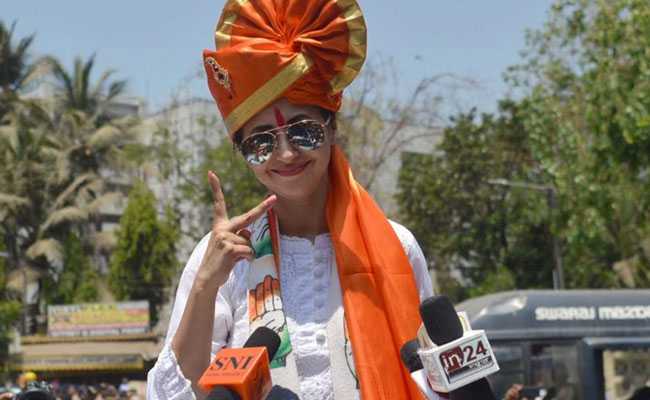 Actor-turned-politician Urmila Matondkar, a Congress candidate in Mumbai for the national election, was at the receiving end of disparaging comments from her BJP rival in the Mumbai North constituency. "She has been brought into politics because of her face, as she is a celebrity," said Gopal Shetty, the parliamentarian from Mumbai North.

"Whoever got Urmila ji into politics, she is a celebrity so she has been brought in because of her face, no? So there is no reason for anyone to object. She is from a political family, she has an understanding of politics, but the party she has chosen is bad," Gopal Shetty said.

The 65-year-old is known for his ill-considered comments. He had recently said Urmila Matondkar was "a naive girl, zero in politics".

Last year, he had stirred trouble when he said Christians did not play a big role in the freedom movement.

Gopal Shetty won the constituency in the 2014 election after defeating the Congress's Sanjay Nirupam. Mr Nirupam had defeated the BJP in the previous polls.

Ram Naik, a BJP veteran who is currently the Governor of Uttar Pradesh, held the constituency for five terms.

In 2004, the Congress, in its bid to end the BJP's dominance in the seat, brought in actor Govinda as its candidate. Govinda defeated Ram Naik by 50,000 votes.

The BJP has accused the Congress of trying the same manoeuvre to wrest the seat this time.

Mumbai North will vote on April 29, in the fourth phase of the Lok Sabha election. The results will be announced on May 23.