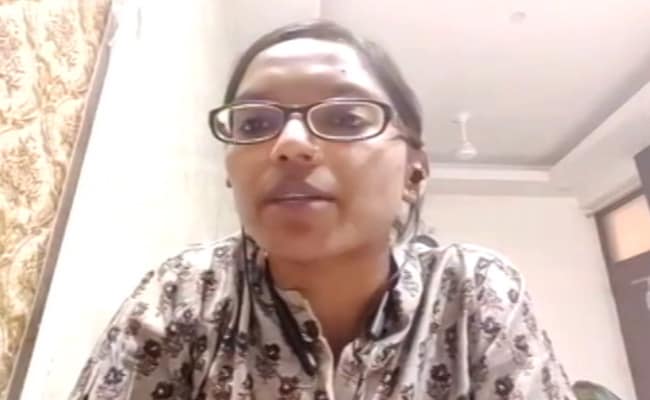 Ankita Agarwal, who secured the second position in the civil services examination 2021, on Monday said she would like to work for women empowerment and primary healthcare after joining the Indian Administrative Service (IAS).

A 2020 batch Indian Revenue Service (Customs and Central Excise) officer, Ms Agarwal is currently under probation at the National Academy of Customs, Indirect Taxes and Narcotics (NACIN) in Haryana's Faridabad.

"I am very happy to have got the second rank. I have opted for the IAS and would like to work for women empowerment, primary healthcare and school education sectors after joining the service," she told PTI over phone from the academy.

Ms Agarwal, a native of Kolkata, said she cleared the examination in her third attempt. She was selected in the IRS in her first attempt.

On women securing the top three ranks in the civil services examination 2021, results of which were announced by the Union Public Service Commission (UPSC) earlier in the day, Ankita Agarwal said, "It is a matter of great pride for me and for the entire country that women have got the top three positions in the examination." Shruti Sharma topped the examination and Gamini Singla secured the third rank.

Asked about her preparation and success mantra, Ms Agarwal said, "I used to give as many hours as possible for the exam preparation. Instead of putting in a definite number of hours, I tried to maintain a sustainable study schedule." Ankita Agarwal, a graduate in Economics (Hons.) from Delhi University's St. Stephen's College, had chosen political science and international relations as her optional subject.

A total of 685 candidates -- 508 men and 177 women -- qualified the examination and they have been recommended by the Commission for appointment to various central services, the UPSC said.

The civil services examination is conducted annually by the UPSC in three stages - preliminary, main and interview -- to select officers of the Indian Administrative Service, the Indian Foreign Service and the Indian Police Service, among others