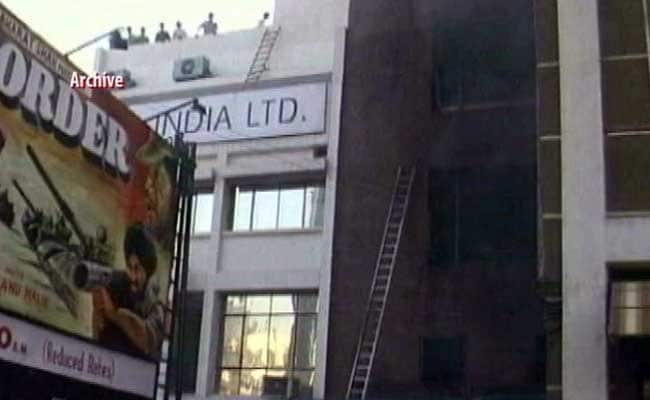 59 cine-goers had died of asphyxia on June 13, 1997 during the screening of Bollywood movie 'Border' in Uphaar theatre.

New Delhi: The Supreme Court today assured the Association of Victims of Uphaar Tragedy (AVUT) that it will accord an early open court hearing of its plea seeking review of its 2015 verdict by which real estate barons Sushil and Gopal Ansal were required to serve two-year jail term if they failed to pay Rs 30 crore each.

A bench comprising Chief Justice of India (CJI) TS Thakur and Justice UU Lalit said that it will take up the early hearing plea with Justice AR Dave, who is heading the bench hearing a similar plea by the Central Bureau of Investigation (CBI) in the case.

The CJI assured the counsel, appearing for AVUT, that probably the review plea will be listed for hearing after the Holi vacation.

Earlier this year, a three-judge bench comprising justices AR Dave, Kurian Joseph and AK Goel had decided to hear the review petition filed by CBI and the AVUT in an open court.

59 cine-goers had died of asphyxia and over 100 were injured in the subsequent stampede on June 13, 1997 during the screening of Bollywood movie 'Border' in Uphaar theatre.

The Ansals have already deposited Rs 30 crore each.

The review plea filed by AVUT, said, "The impugned orders are in gross violation of natural justice and have been passed without affording victims any effective, meaningful hearing."

It said the Supreme Court judgements "bestow an unwarranted leniency on convicts whose conviction in the most heinous of offences has been upheld by all courts including this court and sentences imposed on them have been substituted with fine without assigning any reason or basis."

"The sentences of the convicts have been reduced to the period undergone without taking into account the gravity of their offence," it said.

The CBI, in its review plea, had said the Supreme Court did not give it time to put its views forth which has resulted in the "miscarriage of justice".

"Due to the paucity of time on the day on which this case was heard, the prosecution could not adequately put across the reasons why this court should not substitute a monetary fine in place of a jail sentence.

"This petition also seeks to raise issue of an apparent error of law in the judgement and order of this court which has occasioned a grave miscarriage of justice," the agency said in its plea.

The agency also said that the "callousness" of the Ansal brothers led to 59 people being trapped and suffocated to death in the theatre.

The association and the CBI had also filed application seeking open court hearing on the review pleas.

The court had, on August 19, 2015 sent Ansal brothers, Sushil and Gopal, to two-year rigorous jail term if they failed to pay Rs 30 crore each within three months.

In a judgement on September 23, the bench had said the "magnitude" of the tragedy case "calls for a higher sentence" but the court has to limit itself to the choice available under the law.