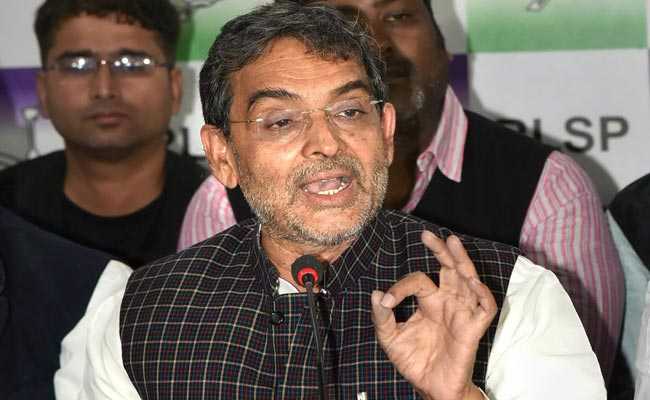 Former Union Minister and RLSP chief Upendra Kushwaha today said Chief Minister Nitish Kumar is responsible for the deaths of children due to encephalitis in Muzaffarpur and demanded his resignation.

"Chief Minister Nitish Kumar is responsible for children's deaths in large number in Muzaffarpur. The state government has not taken any concrete action to prevent the deaths. Health have been left at god's mercy," Mr Kushwaha told reporters in Patna.

Nearly 140 children died due to an outbreak of Acute Encephalitis Syndrome (AES) in Bihar this month. In Muzaffarpur alone, the disease claimed the lives of 127 children.

"Mr Chief Minister, mere assurance will not serve the purpose. Either you act or resign from the post of CM. RLSP would hit the will expose you for your failures," Mr Kushwaha said.

The encephalitis outbreak, which according to the state health department has affected about 20 out of the 40 districts in the state, has afflicted more than 600 children since June 1.

He also hit out at PM Narendra Modi and Home Minister Amit Shah for not expressing their sorrow, saying that it only shows their insensitivity.