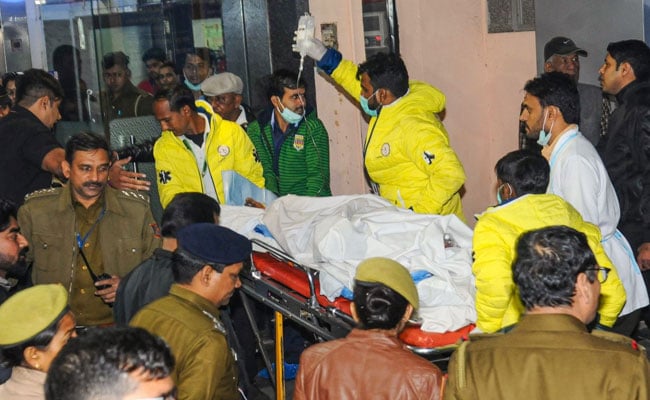 The Uttar Pradesh government has announced Rs 25 lakh as compensation to the family of Unnao rape victim who was set ablaze and has also decided to set up a fast track court for a speedy trial in the case.

"Chief Minister Yogi Adityanath has decided to constitute a fast track court so that accused in the case are brought to justice at the earliest. The chief minister has decided to give Rs 25 lakh as compensation to the family of the deceased from the chief minister's fund. The cheque will reach the victim's family by today evening," said Mr Maurya.

"The whole government and Chief Minister Yogi Adityanath are with the family of the victim. Will ensure that justice is done in this case at the earliest," he added.

"All the accused will be arrested very soon," he said, adding that no culprit of the Unnao case will be spared.

"Whatever investigation the victim's family wants, we will do it. The names that have been taken by the victim, action will be taken against them. No culprit will be spared. It is not a subject of politics," he said.

"I, along with my party, am in support of the victim's family. I have been vocal about it in Parliament as well. The culprits will be arrested. None will be spared. Unnao's name has been maligned," said local MP Sakshi Maharaj.

After battling for life at New Delhi's Safdarjung Hospital, the Unnao rape victim, who was set ablaze while on her way to a court hearing on Thursday morning, died at 11:40 pm on Friday.

On Thursday, the 23-year-old was airlifted from Lucknow's SMC Government Hospital to Safdarjung Hospital.

The woman had filed a rape case in March this year, which is under trial at a local court in Uttar Pradesh's Unnao.