Teenager Allegedly Raped And Set On Fire In UP, Days After Unnao Case

The girl, from a village in UP's Fatehpur district, which neighbours Unnao, says she was allegedly raped by her distant relative who then doused her with kerosene and set her on fire. 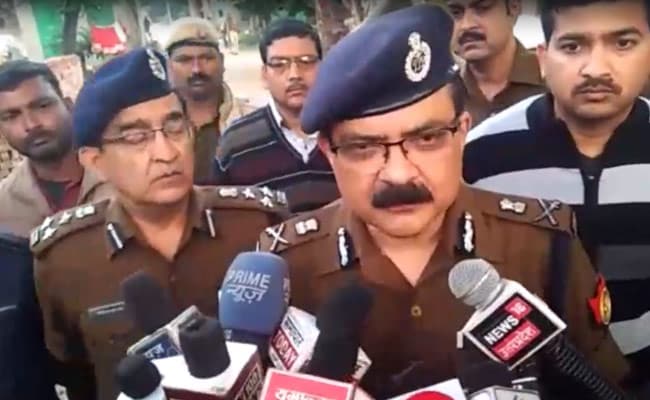 A teenage girl in Uttar Pradesh was allegedly raped and set on fire on Saturday, just days after massive outrage in the country over the death of a woman who was set on fire in the state's Unnao district earlier this month by men accused of raping her.

The girl, from a village in UP's Fatehpur district, which neighbours Unnao, says she was allegedly raped by her distant relative who then doused her with kerosense and set her on fire.

The girl is critical and has been shifted to a hospital in Kanpur.

"I was raped and set on fire when I was alone at home," the girl, who has suffered 90 per cent burns, told reporters while being stretchered into the hospital.

Dr Anurag Rajoria, Medical Officer of Lala Lajpat Rai Hospital, said, "The victim is on oxygen support. She was been taken to the mini operation theatre. Once she is stable we will shift her to the burn ward."

On the complaint of the victim's father, a case has been registered against the accused and the police say efforts are on to arrest him. Police say initial investigation has revealed that the two could have been involved in a relationship and a panchayat was held to ask them to stay separately till they are married.

"A panchayat was held this morning in the village. The houses of the girl and the accused are next to each other. In the panchayat, the girl and the accused were present, the girl's parents and many people from the village were also attending. They were made to promise... Villagers say the accused was still at the panchayat when they noticed the smoke. We have registered a case based on the family's complaints and are investigating," said Sujeet Pandey, Additional Director General of Police, Prayagraj Zone.

Earlier this month, a young woman in Unnao was beaten and set on fire by her alleged rapists while she was her way to a court hearing on her case. The woman died at a hospital in Delhi of 90 per cent burns.

The Unnao case had raised many questions including whether rape accused should be released on bail. The 23-year-old woman was set on fire by five men including the two alleged rapists. One of the two had been released just days before the incident. The Yogi Adityanath government came under fire, with the opposition parties attacking the ruling BJP. The Chief Minister said the case would be heard by a fast-track court.