Rinkoo Singh Rahee is a provincial civil service officer from Hapur, UP, who played a big role in busting an Rs 83-crore scam in scholarships in Muzaffarnagar. 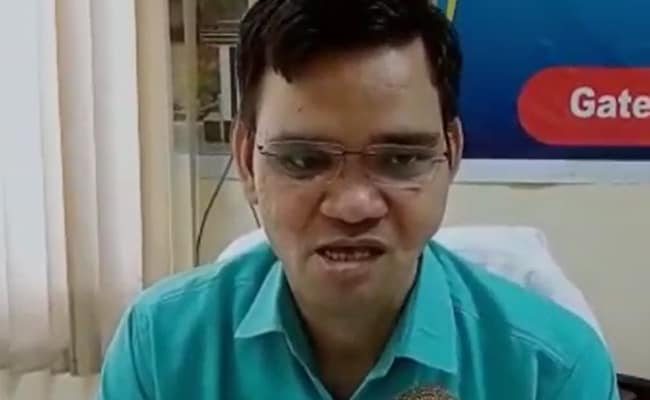 Rinkoo Rahee is a provincial civil service officer from Hapur

An officer who was shot seven times after he exposed a corruption case has cleared the civil services or UPSC 2021 (Union Public Service Commission) exam. Rinkoo Singh Rahee ranked 683 in the exam and is overjoyed, since this was the last time he could attempt it.

Rinkoo Rahee is a provincial civil service officer from Hapur, Uttar Pradesh. In 2008, he played a big role in busting an 83-crore scam in scholarships in Muzaffarnagar. He is an officer in the state Social Welfare department.

Eight men were charged and four were sentenced to 10 years in jail.

Soon after the scam was revealed, Rinkoo Rahee was attacked and shot seven times. He was also shot in his face; his face was disfigured and he also lost his sight and hearing.

"I lost my sight in one eye in the attack," he said.

Interestingly, as director of a state-run IAS coaching centre, he has taught civil services aspirants for years.

"My students kept telling me to take the UPSC exam. It was because of their prodding that I did it," Rinkoo Rahee told reporters.

"Before this, in 2004, I had cleared the provincial civil service exam," he said.

He said he found it difficult to take time out for his studies, but he was determined.

Rahee has an eight-year-old son. He says he now knows how to protect himself in case of future attacks. The first one caught him off guard - he had all the evidence related to the scam on him when the attackers shot him.