UP Man Shot Inside Bank By Security Guard Over 'Face Mask' 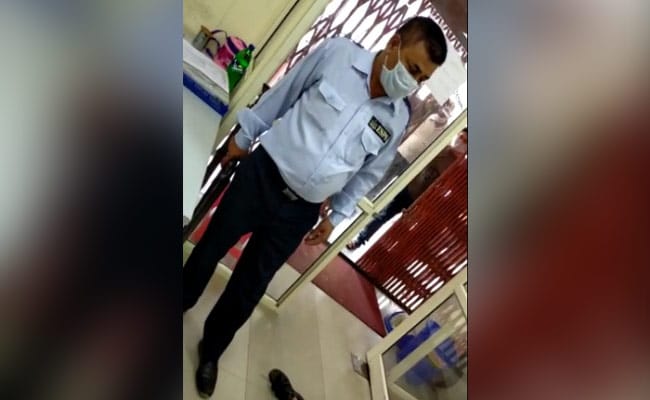 UP Police have said investigations are ongoing

A private security guard shot and injured a customer inside a bank in Uttar Pradesh's Bareilly district today, after an argument that reportedly started over the man not wearing a face mask.

Visuals of the horrific incident - which took place in a branch of the Bank of Baroda - showed Rajesh Kumar, a Railways employee, lying on the floor with a pool of blood around his thighs.

His distraught wife can be seen kneeling by his side and shouting: " Why did you shoot him?"

A third voice - presumably the unidentified person filming the 27-second video - asks the guard: "How can you just shoot him? You will go to jail, you realise? "

To this the guard, who seems to still have his gun with him, retorts: "He will go to jail too."

Mr Kumar - the man who was shot - is in hospital and out of danger.

The guard is now in the custody of the UP Police.

"Even I am injured, you can see my buttons have come off. My rifle was loaded, the trigger got pressed inadvertently," the guard said before being taken away by the police.

"He did not have a mask. I pointed that out, so he got a mask... but then he started abusing me. We had an argument... there was pushing and shoving, and the firing happened accidentally," the guard said, when asked about the reason for the argument.

A relative of Mr Kumar - the man who was shot - also said the initial argument was over the mask, but claimed that the shooting was deliberate.

"When he tried to enter the bank the guard asked him to wear a mask. He went back and wore a mask, but the guard was not letting him enter saying, 'It is lunchtime... come later'. There was an argument and the guard pushed and shot him," the relative said.

When asked if the shooting did, in fact, happen over a face mask, Bareilly Police Chief Rohit Singh Sajwan said investigations were ongoing.

"The bank employees told us the argument happened over some reason after the person entered the bank. We are questioning the guard and are trying to find out the reason," Mr Sajwan said.