The circuit house is built in a forest area which led the minister to suspect he was been bitten by some poisonous insect, said officials. 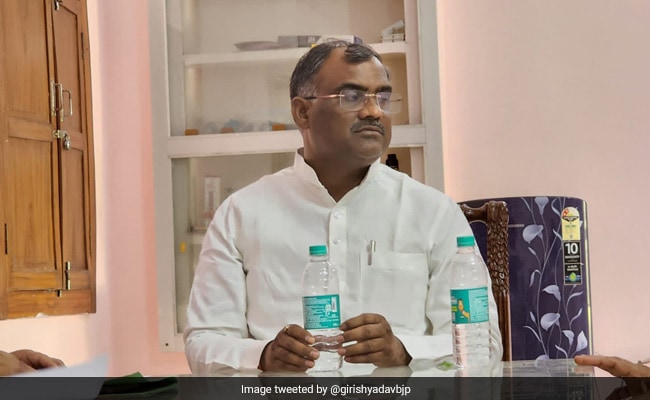 Uttar Pradesh Minister Girish Chandra Yadav was rushed to a hospital in the early hours of Monday after he felt uneasiness, suspecting a rat or mole bite, officials said.

The Minister of State for Youth Welfare and Sports is fine and left for Lucknow in the morning, they said.

The minister was on a tour of Banda district and was staying at the circuit house at the Mawai Bypass.

“The minister, it was suspected, was bitten by some insect on his hand at about 3 am on Monday and was rushed to Trauma centre of district hospital. In his right hand finger, bite mark of a rat or mole rat was found,” the district hospital's Chief Medical Superintendent (CMS) Dr SN Mishra said.

The CMS said upon examination, the bite was found to be of a rat or a shrew (a insectivorous mammal that resembles a mouse).

The circuit house is built in a forest area which led the minister to suspect he was been bitten by some poisonous insect, he said.

Mr Yadav was in Banda district on Chief Minister Yogi Adityanath's instruction to the ministers to visit districts allotted to them to take feedback on governance at the grassroot level.

The Chief Minister had recently issued an instruction that ministers, as well as officials should avoid hotels and stay in government establishments during their official visits.