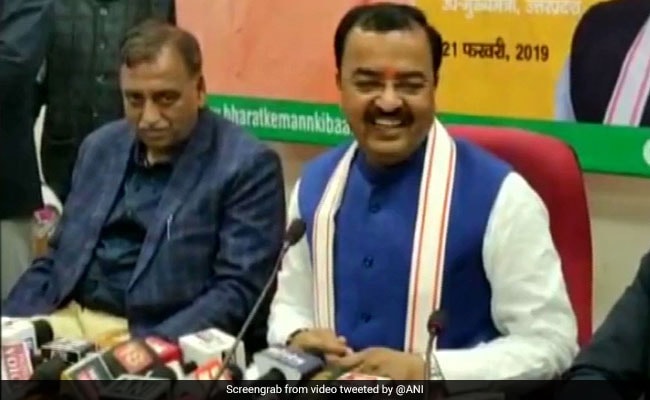 A day after senior Congress leader Digvijaya Singh described the Pulwama terror attack as an "accident" and was heavily criticised by the BJP and Prime Minister Narendra Modi, a video has surfaced of Uttar Pradesh Deputy Chief Minister and BJP leader Keshav Prasad Maurya using the same word that got the former into trouble.

Digvijay Singh, 71, drew sharp criticism after he tweeted that the world media had raised doubts over India's air strike on a terror camp in Pakistan after the Pulwama "accident" and this has raised questions over the credibility of the government.

PM Modi said such statements reflect the "mentality" of his party. "The party that ruled our country for decades is now questioning the ability of our brave forces. Today, a leader from Madhya Pradesh said that the Pulwama terror attack was an accident. This is their mentality..." news agency ANI quoted PM Modi as saying at an election rally in Madhya Pradesh's Dhar.

This morning, Digvijaya Singh re-tweeted a video that shows Keshav Prasad Maurya describing the terrorist attack as a "big accident".

"Would Modi ji and his ministers like to say something about Maurya ji?" Mr Singh asked.

Mr Singh also challenged PM Modi to file a case against him over allegations from BJP leaders that he was a traitor and a Pakistan supporter.

Over 40 Central Reserve Police Force (CRPF) soldiers were killed on February 14 after a Jaish-e-Mohammed suicide bomber hit an explosive-laden vehicle into a paramilitary bus in Jammu and Kashmir''s Pulwama district on February 14.