Gagan Som was whisked away from inside the booth after a pistol was recovered from his possession. An official told IANS that the act was in contravention of election rules and hence the action was taken.

The polling is underway for the for the first of the seven phases of the high-stake Uttar Pradesh Assembly elections with voters queueing up to cast their ballots in 73 constituencies spread over 15 districts of western UP. 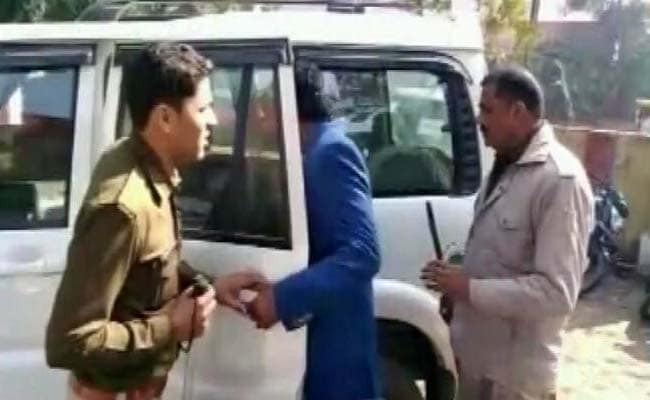 Sangeet Som, the BJP's controversial lawmaker in Uttar Pradesh, was accused of violating the poll code after the police last month found CDs in a car he was using to campaign for next month's election.

Promoted
Listen to the latest songs, only on JioSaavn.com
Sources said the CDs had around three hours of footage, including "sensitive" references to the 2013 Muzafarnagar riots that claimed 60 lives and displaced tens of thousands.

Mr Som faced charges in a case related to the riots and was even jailed.