Keshav Prasad Maurya also hit out at ally Shiv Sena for the remarks of his chief, saying no one can confine Ram Lalla in jail, 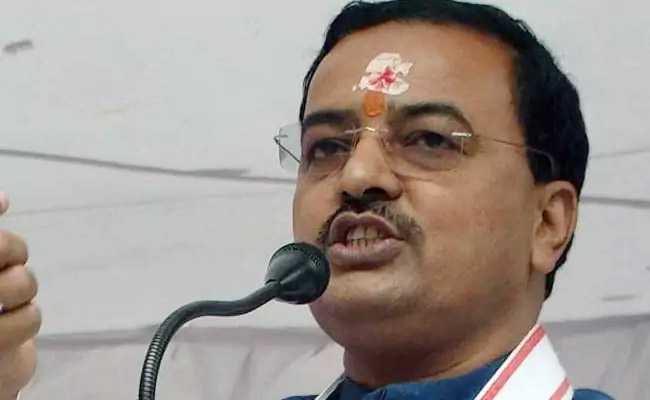 Uttar Pradesh Deputy Chief Minister Keshav Prasad Maurya on Thursday said the BJP accorded the highest priority to an agreement between parties for building the Ram temple in Ayodhya.

He also hit out at ally Shiv Sena for the remarks of his chief, saying no one can confine Ram Lalla in jail, he said in a telephonic interview with PTI.

Shiv Sena chief Uddhav Thackeray, during his two-day visit to Ayodhya last month, had said that when he visited the place where Lord Ram was seated, it looked like he was going to a jail.

"...I am a product of the Ram Janmabhoomi movement. No one can confine Ram Lalla in jail, and no one can stop the construction of the temple. The allegations levelled by (Uddhav) Thackeray ji are devoid of truth. Ram Lalla is 'anaadi anant' (eternal and unending), and it is impossible to confine him in jail," he said.

"The BJP is in favour of the Ram temple's construction as per a judgement of the Supreme Court or through mutual agreement (among parties). And if both the options are exhausted, then the legislative route must be explored. The BJP accords highest priority to an agreement for paving the way for construction of the temple," Mr Maurya said.

Mr Maurya said the demolition of the disputed structure was not a subject of debate. He said the struggle of the karsewaks has been etched in golden letters. "The people of the country know that it was the VHP, which struggled and fought for Ram Janmabhoomi," he said.

Asked if the UP government had any plans for the family members of karsewaks who had died in firing in 1990, the BJP leader said, "Every devotee of Lord Ram and I stand firmly with the families of the karsewaks, who were sprayed with bullets in November 1990 during the SP regime. However, there is no such proposal under the consideration of the (state) government."

He said if there was no road in the village of a deceased karsewak, they would be built. Mr Maurya said Lord Ram devotees did not have any animosity with the Muslims.

"In fact, it is the rival political parties which practice Muslim appeasement and vitiate the peaceful atmosphere," he said.

He claimed that people of the country have identified those opposing the construction of Ram temple and said for the BJP, the temple was not linked with elections and was a matter of faith and devotion.

The deputy chief minister said a mosque, mausoleum, memorial and monument in the name of Mughal emperor Babur was impossible. "The so-called supporter of Babri mosque must know that no one can remove Ram Lalla from his current place," he said.