During her visit to Uttar Pradesh, Priyanka Gandhi Vadra will cover a distance of 100 km by boat in Ganga from Allahabad to Varanasi. 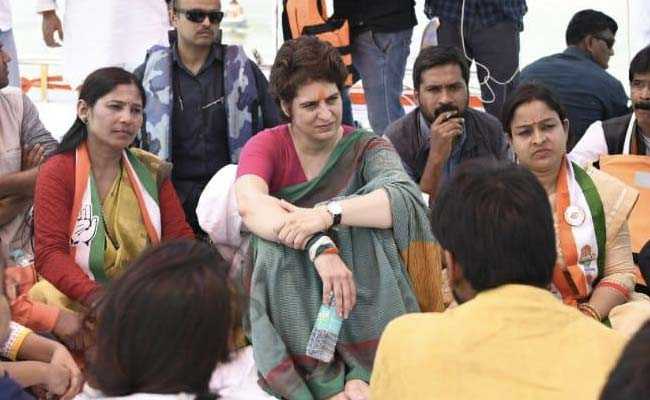 Every election is a "picnic" for the Gandhi family, the BJP said on Monday while seeking to downplay Congress general secretary Priyanka Gandhi Vadra's three-day Uttar Pradesh visit during which she will cover 100 km by boat in the river Ganga.

"For the Gandhi family, every election is a picnic. They come, they see and resort to rhetorical speeches. After the elections are over, they head towards Switzerland or Italy," senior BJP leader and UP Deputy Chief Minister Dinesh Sharma told PTI in Lucknow on Monday.

"As soon as a new election is announced, a new member of the family emerges and assumes magical leadership," he said, adding, "The respected leader (Priyanka) has campaigned for the Congress in earlier elections as well and despite campaigning, her party suffered defeats at the hustings."

The Congress general secretary in-charge of eastern Uttar Pradesh kicked off her party's campaign for the Lok Sabha elections in the state on Monday by offering prayers at the Lette Hanuman temple near Sangam -- the confluence of rivers Ganga, Yamuna and the mythical Saraswati.

During her visit, Priyanka Gandhi Vadra will cover a distance of 100 km by boat in Ganga from Allahabad to Varanasi -- the parliamentary constituency of Prime Minister Narendra Modi, hopping from one temple to another.

Her ride down the river is being seen by political observers as an effort to navigate her party out of a nearly three-decade long wilderness in the state.