Unseasonal Snowfall Brings Winter in October in Parts of Kashmir 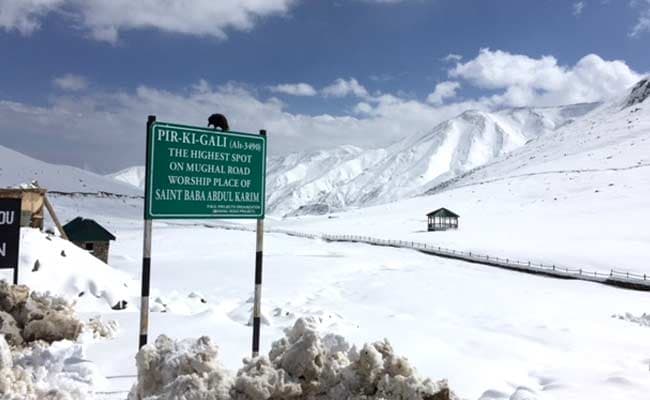 Srinagar: Even though it's the middle of autumn, in parts of Kashmir it seems like winter. Cold temperatures have brought unseasonal snowfall at higher reaches of the valley.

For last two days Mughal Road that connects Kashmir valley with Pirpanjal region has remained closed and hundreds of trucks were stranded along the key passage.

At an altitude of 11,000 feet, Peer Ki Gali, the highest spot on Mughal Road has seen about two feet of snowfall in last 48 hours. But as the weather improved today and sun came out, officials increased their efforts to clear the road.

"Snow clearance machines are at work since yesterday and road will be fully functional today. We have already cleared over 500 trucks yesterday evening," said Nisar Ahmad, an engineer at Mughal Road. 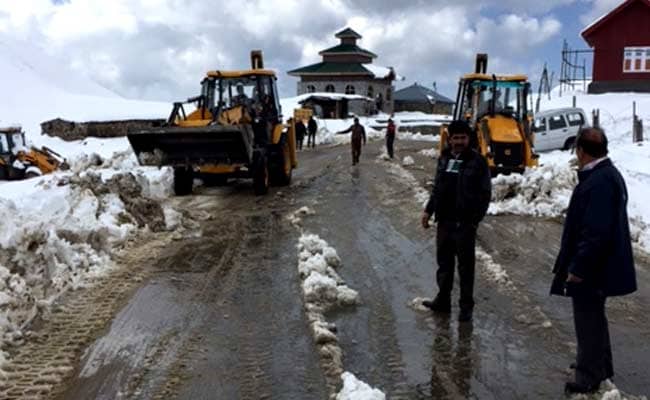 "I can only say there was heavy rains across the Valley in October 2010 and we assume there might have been a snowfall in higher reaches that year. But we no record of it," said Sonum Lotus, director Meteorological Department in Srinagar.
Comments
Snowfall in KashmirKashmir SnowfallWeather in KashmirKashmir WeatherWinter KashmirClimate ChangeWeatherClimate