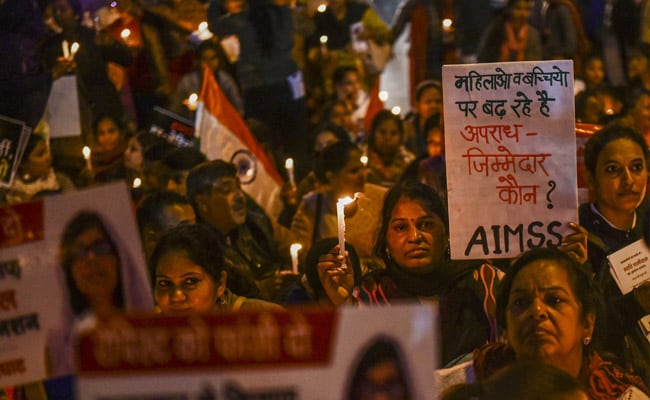 Protesters in Delhi holding a candlelight march demanding justice for the a woman raped and set on fire in Uttar Pradesh's Unnao, who died late Friday night, were stopped with water cannons by the police as they tried to jump past barricades.

The protesters also clashed with police personnel and tried to jump over barricades near the Arun Jaitley Stadium, a few kilometres from India Gate. "They (protesters) had lit torches, and were throwing it at police personnel who responded by using water cannons. They don't have the permission to go beyond this area (near Arun Jaitley Stadium)," a Delhi police official was quoted as saying by news agency ANI.

A 23-year-old woman was set on fire on Thursday by men accused of raping her in Uttar Pradesh's Unnao. She had suffered 90 per cent burns and was airlifted to Delhi's Safdarjung Hospital from Lucknow the same evening. She suffered a cardiac arrest and died at the hospital at 11:40 pm Friday. 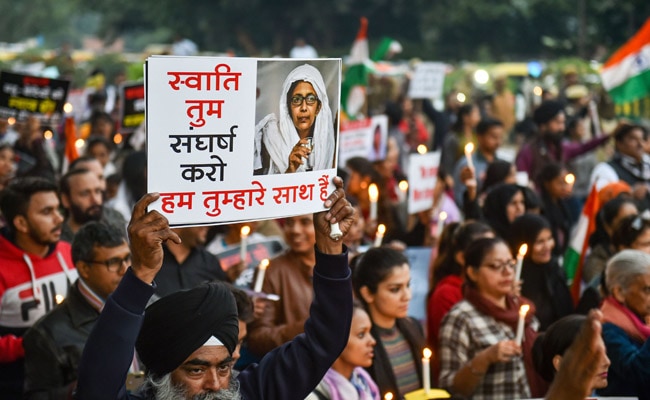 This is the latest among a series of gruesome cases of violence against women that have sparked nationwide outrage and triggered protests across the country, with many demanding capital punishment for the accused.

One of them is Delhi Commission for Women chief Swati Maliwal, who is sitting on an indefinite hunger strike demanding the rapists be hanged within six months of their conviction. 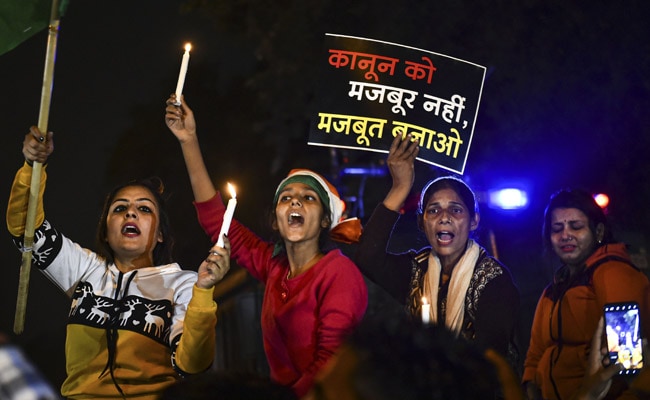 The Unnao rape and murder case is among a series of gruesome cases that have sparked nationwide outrage.

"There are no strict rules to stop rape incidents. Criminals who rape and molest women are not afraid at all. What Swati Ji said was true. Strict laws are needed then only a fear will be instilled among the criminals. They should be hanged," Vaishali, one of the protestors, told news agency ANI.