Unnao rape case: The teen who accused former BJP MLA Kuldeep Singh Sengar has been in hospital since July, after a truck crashed into a car she was riding in with her family

Unnao case: Former BJP MLA Kuldeep Singh Sengar has been accused of rape by a teen

A judge went to Delhi's AIIMS hospital today to record the statement of a teen who was allegedly raped by politician Kuldeep Singh Sengar, a former BJP MLA who is also accused of plotting a car crash that left the survivor in a critical state.

The rape-accused MLA was also taken to the hospital "courtroom" set up at a trauma centre seminar hall for the hearing. To ensure that the rape survivor did not come face to face with him, a curtain separated the two during the teen's testimony.

The teen from Unnao in Uttar Pradesh has been in hospital since July, after a truck crashed into the car she was travelling in, killing two of her aunts.

Last week, the Delhi High Court had ordered the special court at AIIMS or the All India Institute of Medical Sciences in what has been dubbed the Unnao rape case. This would help the rape survivor to testify in hospital, the court said, putting out strict instructions including that she be brought on a stretcher or trolley and placed in a way that she faced the judge during the closed hearing, and that an experienced nurse be by her side. The hospital has also been asked to switch off CCTVs at the hearing.

The High Court acted after being asked by the Supreme Court to decide on a lower court judge's request for a special hearing at AIIMS. 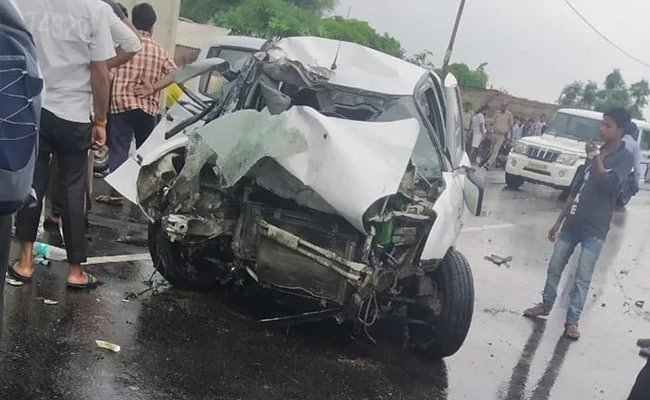 The top court also granted more time to the CBI to complete its investigation into the July 28 car crash, which, the survivor's family alleges, was plotted by Sengar to eliminate her and escape the charges.

The teen was travelling from her hometown Unnao to Raebareli when the car was hit by a speeding truck with its number plate blackened. The girl and her lawyer were critically injured in the incident.

On August 1, the Supreme Court shifted the five cases connected with the Unnao rape case to Delhi, assigned a special judge for day-to-day trial and ordered that the trial be completed within 45 days. The court also ordered central security for the family.

The court had stepped in after a letter from the girl's family alleging threats from Kuldeep Sengar's aides. The family, in a letter to Chief Justice of India Ranjan Gogoi on July 12, alleged grave danger to them from Sengar and his aides. The family had asked for protection, alleging that they had been harassed and intimidated over the past year and pressured to drop the case.

The teen was moved from a hospital in Raebareli to AIIMS last month; she is being treated by a multidisciplinary team from the critical care, orthopaedics, trauma surgery and pulmonary medicine departments.

Sengar has been in jail since April last year. After the road accident, the rape survivor's family named Sengar in their First Information Report.

The case is seen as an example of egregious abuse of power by a politician who was apparently given a long rope by the administration led by his party.

Kuldeep Sengar, a four-time BJP lawmaker, was suspended after his arrest. As fresh allegations emerged against him, the BJP expelled him amid growing criticism about its reluctance to act against the politician.