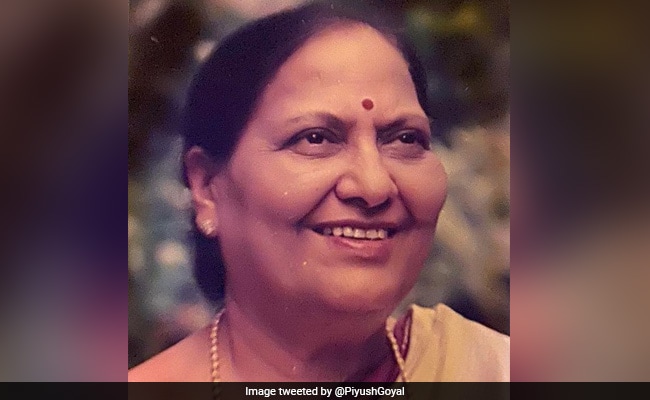 Railway Minister Piyush Goyal tweeted to say his mother died this morning. In the tweet accompanied by a photo of the Union Minister's mother, Mr Goyal said his mother had spent her life in service and inspired him to follow in her footsteps.

"My revered mother, who always showed me the way with her affection and love, died this morning. She spent her life serving, and also inspired us to live with service. May God give her a place. Om shanti," Mr Goyal tweeted.

"Condolences @PiyushGoyal bhai.. had the good fortune of working with her in Mumbai. Forever at the forefront of helping the destitute. May her soul rest in peace," Union Minister Smriti Irani tweeted.