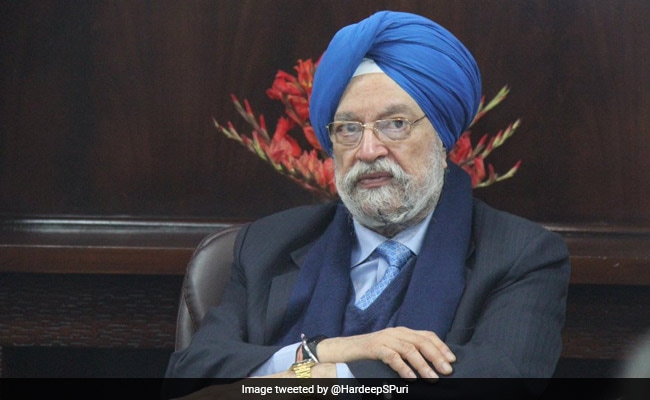 Hardeep Singh Puri said those opposing the Citizenship Act should reconsider their stand.

Union Minister Hardeep Singh Puri today cited the attack on the Gurdwara Nankana Sahib in Pakistan as an example of the atrocities that minorities in the country are subjected to, and asked those opposing the Citizenship Amendment Act to reconsider their stance.

"This was a wanton act of vandalism, stone-pelting and desecration against one of the holiest Sikh shrines in the world. Those who have taken a stand on the Citizenship Amendment Act clearly do not realise what they are saying," he said. "As an Indian and a Sikh, I call those who turn a blind eye to these instances of injustice and persecution as insensitive, inhuman and certainly not secular."

A group of angry local residents had pelted stones at the Gurdwara Nankana Sahib in Pakistan on Friday evening. The group was led by the family of a man who had allegedly abducted a Sikh woman from her home last August.

"If any proof was needed about the state of minorities in Pakistan, this incident after the Friday prayers yesterday gave just that. These people (opposing the Citizenship Amendment Act) should do some serious introspection after yesterday's incident," the Union Minister said.

India has strongly condemned the incident, and called upon Pakistan to take immediate steps to ensure the safety and welfare of its Sikh population. The opposition has also come out strongly against the Pakistan authorities for failing to prevent the attack.

"The attack on Nankana Sahab is reprehensible and must be condemned unequivocally. Bigotry is a dangerous, age-old poison that knows no borders. Love + Mutual Respect + Understanding is its only known antidote," Congress leader Rahul Gandhi tweeted.

The ruling BJP claims that the Citizenship Amendment Act, which aims to expedite citizenship for non-Muslim minorities from Pakistan, Afghanistan and Bangladesh, will benefit thousands belonging to persecuted communities in those countries. Protesters, who believe that the law is discriminatory and communal, believe that the exclusion of Muslims would lead to those from the community being targeted when the nationwide National Register of Citizens is implemented.

Meanwhile, members of the Delhi Sikh Gurdwara Committee and Akali Dal staged a protest against the Pakistan embassy on Saturday to denounce the incident.

The Pakistan Foreign Office, in a midnight statement, said there was a "scuffle between two Muslim groups" in Nankana Sahib on Friday. They claimed that that a minor incident at a tea stall led to the altercation, and the accused were immediately taken into custody.

"Most importantly, the gurdwara remains untouched and undamaged," the Pakistan Foreign Office said.