The Union Minister was responding to a Trinamool politician's remark that Mamata Banerjee is a modern-day Rani of Jhansi out to save the country from Narendra Modi's BJP. 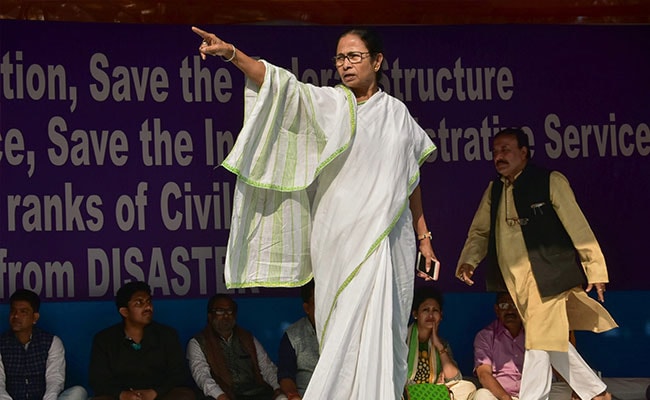 While the Mahabharata describes Putana as a villainous entity who tried to kill Lord Krishna with poisoned milk, Kim Jong Un is often accused by global rights activists of destroying his political detractors in particularly heinous ways. A couple of years ago, the North Korean dictator reportedly executed five senior security officials with anti-aircraft guns because they had prepared "false reports" that displeased him.

Accusing Ms Banerjee of "destroying" Bengal, Mr Singh said, "Somebody who kills those who oppose her and offers refuge to Bangladeshis cannot be called the Rani of Jhansi or Padmavati. While the Rani of Jhansi had fought to save India, Mamata is fighting to destroy it."

The Union Minister was responding to a warning issued by the Trinamool Congress to the Narendra Modi government that Ms Banerjee will not be cowed down by "attacks". "In Bengal too, there is a Jhansi ki Rani whose name is Mamata Banerjee. Mamata Banerjee said that we will rather let our heads be chopped than bow before brute authority," party leader Dinesh Trivedi had said, drawing parallels between the ruling BJP and the pre-independence British regime.

Mr Trivedi was referring to the ongoing stand-off between the Mamata Banerjee government and the central government over the CBI's controversial attempt to question Kolkata Police Commissioner Rajeev Kumar in connection with the Saradha and Rose Valley chit fund scams. "The incident that occurred in Bengal a few days ago reminds one of the British government," he said. "What did the Britishers do during their rule? They would scare you, threaten you, barge into our house and threaten you into supporting them. The situation is the same today," he said.

This is not the first time Giriraj Singh has taunted Ms Banerjee in connection with the controversy. He had earlier accused her of being a "Super Nautanki Master" who was enacting a little drama to project herself as the most superior among opposition leaders.