The Jaipur unit of the SOG has been probing the scam case since last year. 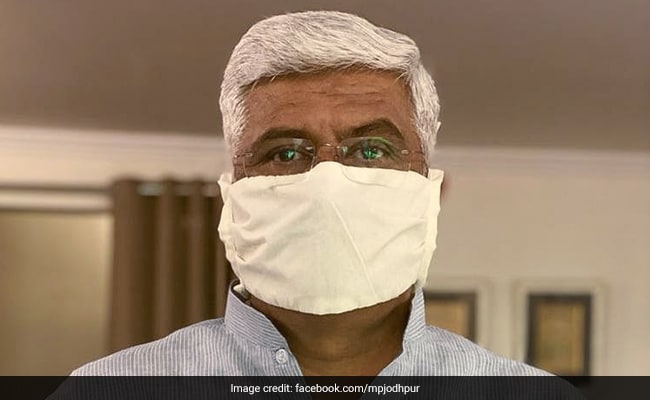 Mr Shekhawat has been named along with his wife and others.

In a relief to Union Minister Gajendra Singh Shekhawat in a cooperative society scam case, the Rajasthan High Court has stayed a lower court's order that had directed the magistrate court to send a criminal complaint for further investigation to the Special Operations Group (SOG).

The complaint had named Mr Shekhawat and others as the alleged accused in the scam and sought further investigation by the SOG into their role.

A single judge bench of Justice Satish Chandra Sharma, while passing the interim directions on Wednesday, also admitted the criminal miscellaneous petition filed by one Keval Chand Dakaliya, who is a co-accused along with Mr Shekhawat.

Dakaliya's counsel Mahesh Jethmalani argued that there were specific allegations against the accused and they were required to be heard when the lower court passed the order.

The bench admitted the petition and granted an interim order.

A city additional district judge (ADJ) court last month had directed that a private complaint be investigated by the SOG with relation to the money trail that ended at Navprabha Buildtech Pvt Ltd. in the Sanjeevani cooperative credit society scam case.

Dakaliya is the shareholder director of Navprabha Buildtech Pvt Ltd which is alleged to be linked with Shekhawat.

Mr Shekhawat has been named along with his wife and others in the complaint related to the Sanjivani Credit Cooperative Society scam in which thousands of investors allegedly lost about Rs 900 crores.

The Jaipur unit of the SOG has been probing the scam case since last year. A First Information Report was registered on August 23, 2019.

Mr Shekhawat was not named an accused in the chargesheet filed by the SOG in connection with the case. In the investigation, the money trail was found to be linked to Navprabha Buildtech Pvt Ltd.

Later, a magistrate's court also rejected an application to include him in the chargesheet.

The applicants then approached the ADJ court, which issued directions that their complaint should also be probed.

The SOG has already sent a notice to the minister in connection with a probe into a separate case pertaining to audio clips which purportedly indicate efforts to lure MLAs away from the Congress.