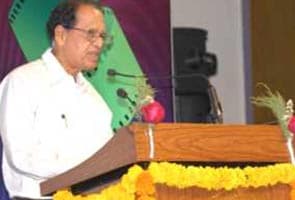 Diamond Harbour: Union Minister of State for Information and Broadcasting C M Jatua today escaped with minor injuries when the car in which he was travelling was hit from behind by another vehicle at Amtala near Kolkata, police said.

Jatua, 71, suffered injuries on his head, waist and leg after the other car rammed into his vehicle. He was given first aid and then taken to the airport in Kolkata to take a flight to Delhi, they said.

His driver and a personal security guard were also injured, police said.

"I am in pain. But I'll have to attend Parliament tomorrow so I cannot stay back. I shall take medical help in Delhi," Jatua said.

The incident occurred when Jatua was on his way from a Trinamool Congress rally in Kakdwip in South 24 Parganas district to the airport.

The rally was addressed by party chief and Railway Minister Mamata Banerjee.