Sand is being sold at Rs 5.5 per cubic foot as stipulated by the state government, Charanjit Channi said. 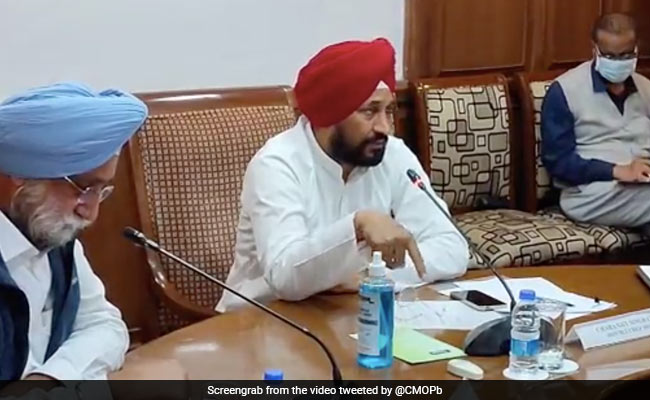 No truth in the ranting of AAP leader, Charanjit Channi said (File)

Punjab Chief Minister Charanjit Singh Channi today refuted AAP leader Raghav Chadha's claims of illegal mining in his Assembly constituency and gave a strict warning to AAP leaders from Delhi that no “outsiders” will be allowed to raise an “unfounded alarm” in the state.

Charanjit Channi, who arrived in Punjab's Rupnagar on Sunday and took a round of mining sites, said nothing illegal was found. Sand is being sold at Rs 5.5 per cubic foot as stipulated by the state government, he added.

The Chief Minister said no “outsider” will be allowed to create unfounded hue and cry in the state for “vested political interests”.

Mr Channi urged AAP leaders and workers in Punjab and members of the public to bring any illegal activity to the state government's notice so that necessary steps can be ensured.

“We have made activities at the mining sites open. Any Punjabi, Punjab-based AAP leader and worker can make a video but we will not allow any dramatic act by an outsider,” he said.

Mr Channi, along with civil and police officials, visited the Badi Haveli mining site where desilting work is underway and interacted with the drivers loading sand in trucks about the price being paid by them.

After a policy was rolled out by the state government, the price was fixed at Rs 5.5 per cubic foot and all the documents of mining are valid, the drivers have said, and hence, claims being made by AAP leaders from Delhi are false, the Chief Minister said.

Expressing satisfaction over legal mining at the site, Mr Channi lashed out at AAP leaders, including Raghav Chadha, for trying to “fool” people on sand prices.

Action will be initiated in the future for such “dramatic” acts of Raghav Chadha, he said.

“I have found out that there is not even an iota of truth in the ranting of the AAP leader and that sand is being mined at the rates determined by the state government," he said.