"Quite An Unfortunate Thing": Rahul Gandhi On Kerala Office Attack

"Everywhere in the country, you see the idea that violence will resolve problems. And, violence never resolves problems", Rahul Gandhi said. 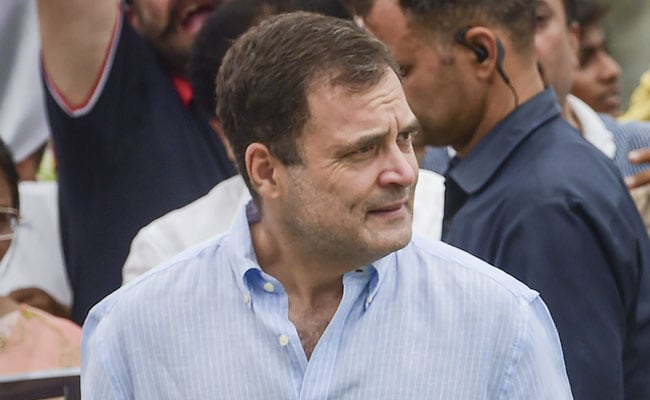 Rahul Gandhi, is on a three-day visit to his constituency in Wayanad. (File)

Congress leader Rahul Gandhi on Friday visited his office in Wayanad, which was reportedly vandalised by the activists of SFI, the students' wing of the ruling CPI (M), over the buffer zone issue and termed the act as "irresponsible." Rahul Gandhi, who is on a three-day visit to his constituency in Wayanad, reached the office along with other senior leaders of the party and took stock of the damage.

Later, he told reporters that it is the office of the people of Wayanad and what had been done by the Left students' cadre was "quite an unfortunate thing." But, he made it clear that violence never resolves problems and he does not harbour any anger or hostility towards them.

"Everywhere in the country, you see the idea that violence will resolve problems. And, violence never resolves problems... Its not a good thing to do.. they acted in an irresponsible way. But, I dont have any anger or hostility towards them," he said.

Mr Gandhi also called the SFI activists who indulged in violence as "kids".

Last week, a protest march of the SFI against Rahul Gandhi turned violent after a group of left activists allegedly barged into his office here and vandalised it, prompting Chief Minister Pinarayi Vijayan to strongly condemn the incident and warn of stern action against the culprits.

Strongly condemning "the act of violence" by SFI at its top leader's office at Kalpetta in Rahul Gandhi's Lok Sabha constituency Wayanad, the Congress staged a statewide protest, which turned violent in some regions.

The incident occurred when the Students' Federation of India (SFI) activists held a march to Rahul Gandhi's Office alleging his inaction in the issue of buffer zones around forests.