Unfortunate That Incident Is Called 'Racial And Xenophobic': India To African Envoys 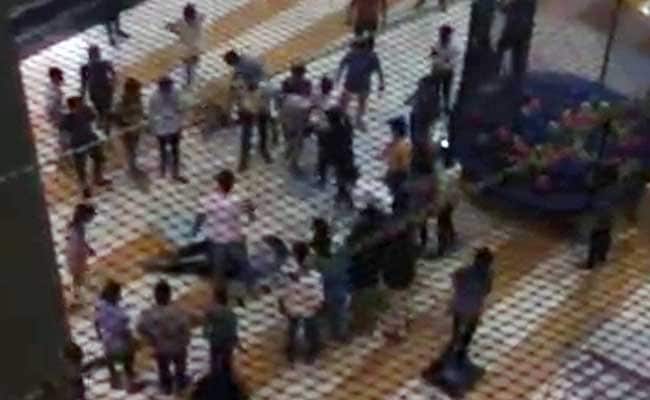 Four Nigerian students were attacked by a group of Greater Noida residents on March 26.

New Delhi: Responding over the sharp reaction by African envoys' over the attack on African nations, India said that it is "unfortunate" that a criminal act triggered following the death of a young Indian student under suspicious circumstances has been termed as "xenophobic and racial". The Ministry of External Affairs also listed out various steps taken by the government, which had condemned the attacks as "unacceptable", and said investigations on the death of Indian teenager and the subsequent incident by local authorities are ongoing.

In a strongly-worded release, the African envoys, who recently held a meeting on the incidents, termed the attacks on African nationals as "xenophobic and racial" in nature and said that the government took no "known, sufficient and visible" deterrent action.

The External Affairs Ministry said, "We have seen the statement by the Eritrean Ambassador to India, who is also the Dean of the African Head of Missions, apparently issued on their behalf. It is unfortunate that a criminal act triggered following the untimely death of a young Indian student under suspicious circumstances has been termed as xenophobic and racial."

Noting that the government had condemned and described as "unacceptable" the incident of attack on a few Nigerian nationals in Greater Noida, it said the significance attached to addressing the matter is reflected in the detailed statement by the External Affairs Minister and the discussion in the Parliament.

"Following External Affairs Minister's conversation immediately after the incident with the Uttar Pradesh chief minister, local authorities expeditiously arrested suspects. They registered an FIR and are investigating the matter comprehensively.

"Local authorities have also taken measures to strengthen safety and security of Nigerian nationals. Coordination meetings have been held by local police in Delhi as well as Greater Noida, with African nationals," it said.

The ministry has further sensitised local authorities towards ensuring safety and security of Africans in general and African students in particular, it said, adding that three Nigerian nationals treated in hospital for injuries have been discharged.

The government is committed to ensuring safety and security of all foreign nationals in India, including African nationals, who remain our valued partners and strong Indian institutions are adequate to deal with aberrations that represent act of a few criminals, the ministry asserted.

Four Nigerian students were attacked by a group of Greater Noida residents who took out a candle light march on March 26 after a 17-year-old boy died due to suspected drug overdose.

Promoted
Listen to the latest songs, only on JioSaavn.com
Meanwhile, official sources said, "It is understood that a very small number of African Heads of Missions may have been consulted in the issuance of the press release by the African HOM Dean. Some of the prominent African HoMs denied that they attended the reported meeting or were consulted."