Smoke was seen gushing out through the cracks in the ground and at some places land had turned into embers, said villagers in South Kheri forest division. 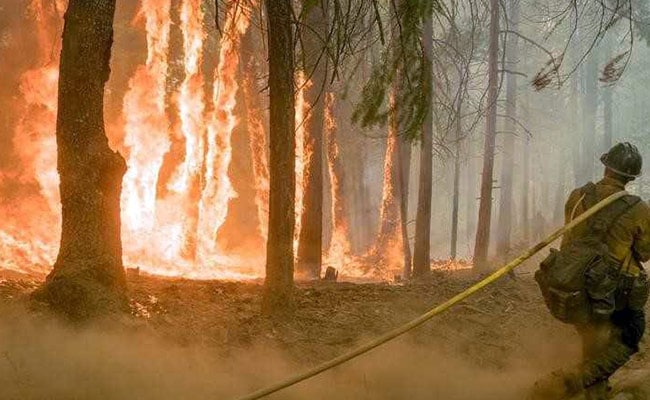 Smoke was seen gushing out through the cracks in the ground and at some places land had turned into embers, said residents of Bela Pahara and Muda Galib villages in South Kheri forest division.

72-year-old Hukum Singh of Muda Galib said he has never been witness to such a scene. He feared that the fire may damage his crops.

Another villager, Bhai Lal (75), termed the scene as a natural miracle, which he had never heard of or seen earlier. Some villagers also mistook it as a volcanic incident.

Soon after the incident was reported, officials rushed to the spot.
"The incident is a natural phenomenon in which fire broke out in underground humus layer," Vikas Dubey, Tehsildar of Mohammadi, told PTI.

"The land where the underground fire incident took place has been lying barren for several decades and dry leaves, twigs and branches from nearby jungles accumulated there and formed the underground humus layer," he said.

He also spoke to local villagers who said that a few days back, they had burnt fire on the land.

He said, "The overground fire was put out but it unknowingly caught the humus layers which resulted in smoke emission from the cracks."

Divisional Forest Officer of South Kheri, Sameer Kumar, said, "Forest officials were rushed to dig up trenches around the affected land to prevent its spread of the fire to the nearby forest."