After the report by the Analytical Support and Sanctions Monitoring Team was submitted to the UN Security Council, India said the findings vindicated its long-standing position that Pakistan remained the epicentre of international terrorism. 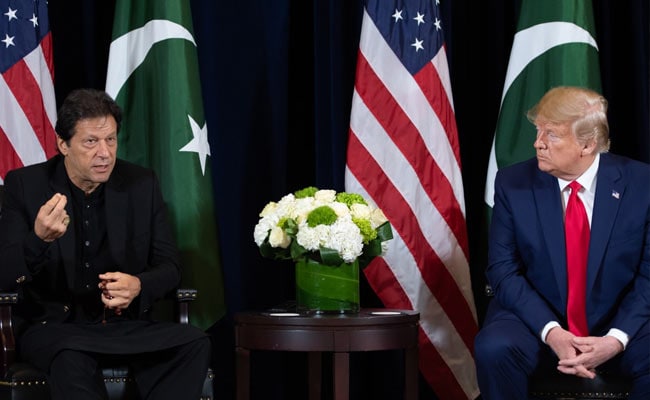 Imran Khan, during a visit to US last year "confessed" to the presence of 40,000 terroris in Pak (File)

India on Friday said a recent report by the UN Security Council mentioning about Pakistan-based terror groups sending thousands of terrorists to Afghanistan is a reiteration of what Pakistan Prime Minister Imran Khan publicly admitted.

The UN report said that around 6,500 Pakistani nationals were among foreign terrorists operating in Afghanistan and that Pakistan-based terror groups Jaish-e-Mohammad and Lashkar-e-Taiba are engaged in trafficking fighters into that country.

External Affairs Ministry Spokesperson Anurag Srivastava said the international community is well acquainted with the reality that Pakistan is the "nerve centre of terrorism".

"The Ministry of Foreign Affairs of Pakistan would do well to recall that their Prime Minister admitted last year that Pakistan still hosts 30,000 to 40,000 terrorists," he said.

"Pakistan's leadership is also on record acknowledging that in the past terrorists had used the country's soil to carry out terror attacks on other countries," the MEA spokesperson added.

In an admission, Imran Khan, during a visit to the US in July last year, said that about 30,000-40,000 "armed people", who have been trained and fought in some part of Afghanistan or Jammu and Kashmir, were in Pakistan.

Mr Srivastava also said that Pakistan's attempts to create a "divide" in the traditional and friendly relations between the people of India and Afghanistan will not succeed.

After the report by the Analytical Support and Sanctions Monitoring Team was submitted to the UN Security Council, India said the findings vindicated its long-standing position that Pakistan remained the epicentre of international terrorism.

"The UN Security Council's Analytical Support and Sanctions Monitoring Team Report has only reiterated what the Prime Minister of Pakistan has already confessed," the MEA spokesperson said.

"Pakistan should introspect and put an end to any kind of support for terrorism emanating from territories under its control," he said.

Mr Srivastava said Pakistan houses one of the largest numbers of UN-designated terrorists and terrorist entities. "Its fallacious attempts to point fingers at others cannot deflect attention from the facts on the ground."