The challenge to lose weight started in February after Nitin Gadkari made the "funds for flab" promise, saying his ministry would allot Rs 1,000 crore per kilogram of weight lost by Ujjain MP Anil Firojiya. 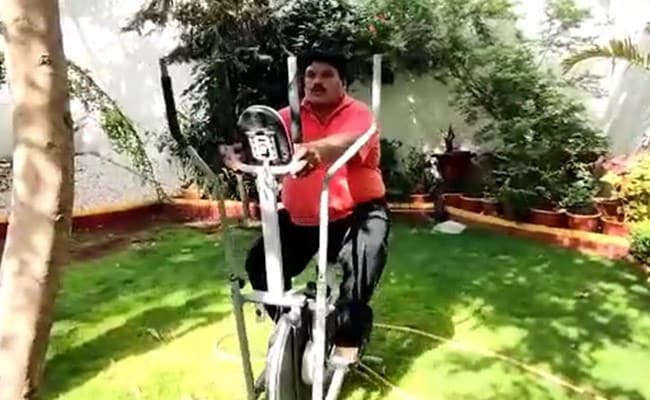 Spurred by Union minister Nitin Gadkari's promise that his ministry would allot Rs 1,000 crore per kilogram of weight lost by Ujjain MP Anil Firojiya for development works, the latter has claimed that he is now lighter by 15 kgs and entitled to ask for Rs 15,000 crore fund.

The challenge to lose weight started in February this year after Mr Gadkari made the "funds for flab" promise while addressing an event in Ujjain in which the foundation stones of a few projects were laid.

"Gadkari had made this announcement in February to motivate me to get fit. He had said he would allocate Rs 1,000 crore for development works per kilogram of weight I lost. I accepted his command and have lost 15 kilograms in the past four months." Mr Firojiya said.

"I am achieving this by adopting a fitness regime that comprises adhering to a diet plan and indulging in physical exercise, cycling and yoga. I was 127 kilograms earlier. Now, I am entitled to ask for Rs 15,000 crore for development works in my constituency as I have lost 15 kilograms," the Lok Sabha MP asserted.

He said he would continue to shed weight so that his Lok Sabha area can get more funds for development.

Incidentally, during his speech in February, Mr Gadkari had also spoken about his own weight loss journey and had hoped it would motivate Mr Firojiya.