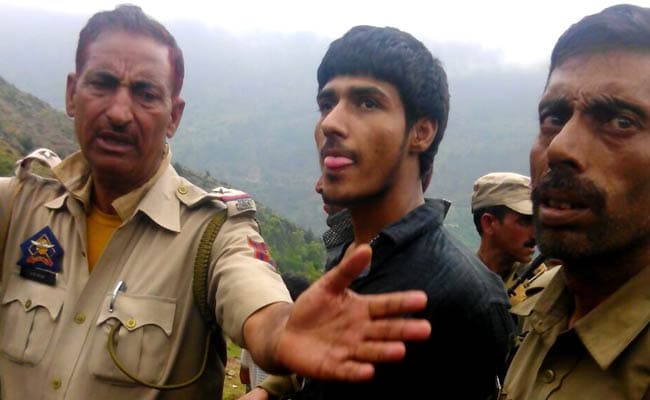 Mohammad Naveed was overpowered by two local youths whom he had tried to take hostage after carrying out the terror strike.

Jammu: A special NIA court today ordered framing of charges against six persons, including Pakistani national Mohammad Naveed, who was caught alive during a terror attack on a BSF convoy at Udhampur in August last year.

The National Investigation Agency (NIA) had filed a chargesheet against nine people on January 25 this year and alleged that the terror strike was the handiwork of Pakistan-based Lashkar-e-Taiba.

Naveed along with Abu Noman had carried out a terror strike on a BSF convoy on August five at Udhampur when it was moving from Jammu to Srinagar. The attack resulted in the death of two BSF personnel, while 13 others were injured. The case was subsequently transferred to NIA for investigation.

The court today ordered framing of charges against the six accused under various sections of Ranbir Penal Code dealing with murder and waging war against the country, besides Unlawful Activities (Prevention) Act, Explosives Act and Arms Act.

Naveed has also been slapped with the charges under the Foreigners Act.

The NIA chargesheet has also named Fayaz Ahmed Ashwar alias Setha and Ashiq Hussain Bhat alias Ubaida, both of whom are still absconding.

Abu Noman was killed in retaliatory action by the security forces.

The NIA said in its chargesheet that the probe into the Udhampur attack had not only unearthed "specific conspiracy behind the terrorist attack in Udhampur but also the larger conspiracy of the LeT through which Mohammed Naveed and his associates were infiltrated and sheltered in Indian territory for committing terrorist acts."

Naveed was overpowered by two local youths whom he had tried to take hostage after carrying out the terror strike.