After Attack On CRPF Camp, Security Put On High Alert Across Jammu 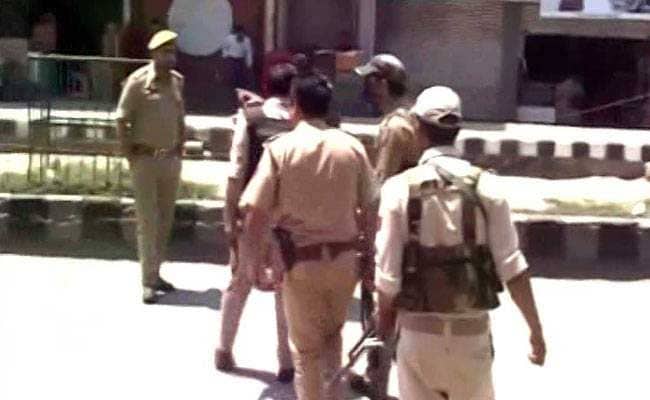 Elaborate security arrangements would be made for the upcoming annual Amarnath yatra which will start on July 2.

Jammu: A day after a terror attack on a CRPF camp was foiled in Kud area of Udhampur district, security across the region was put on high alert.

"It was because of the alertness of the security forces that the nefarious designs of terrorists were foiled yesterday," Deputy Inspector General (DIG) of Police, Jammu-Samba-Kathua range, Ashkoor Wani said today.

He said that in the wake of recent inputs that terrorists might try to create disturbance from across the border, security across the region has been put on high alert.

On Monday evening, a terrorist had opened fire on security personnel and a nearby CRPF camp when vehicles on the Jammu-Srinagar national highway at Kud were being checked.

The terrorist, who was travelling in a State Road Transport Corporation bus, was killed in retaliatory firing by security forces. A woman travelling in the bus also lost her life.

"Security is reviewed every week so as to plug any loopholes or whatsoever," Mr Wani said.

He said elaborate security arrangements would be made for the upcoming annual Amarnath yatra which will start on July 2.

"The arrangements for the yatra are being reviewed regularly and the security arrangements would be put in place shortly," the DIG said.

He said all the vehicles entering Jammu are being checked and all police stations and police posts near the International Border have been asked to remain alert.

Additional deployment has been made on all police checkpoints, while the quick reaction teams of police have been asked to remain on standby, he said.

Security has also been beefed up at Katra town, the base camp of the holy cave shrine of Mata Vaishno Devi.

"Searching of vehicles is going on at all the checkpoints of Reasi district. District police is on high alert," Senior Superintendent of Police (SSP) Reasi, Sujit Kumar said.

Apprehending militant attacks on defence establishments across Jammu region using sub-conventional ways, the government had on Monday imposed restrictions on airborne activities, including paragliding, in the district.

The authorities had placed a blanket ban on any airborne activity within the one km radius of any defence establishment in the district.