Udhampur Deputy Commissioner said the bridge, which has been damaged due to torrential rains in the region, will be restored immediately. 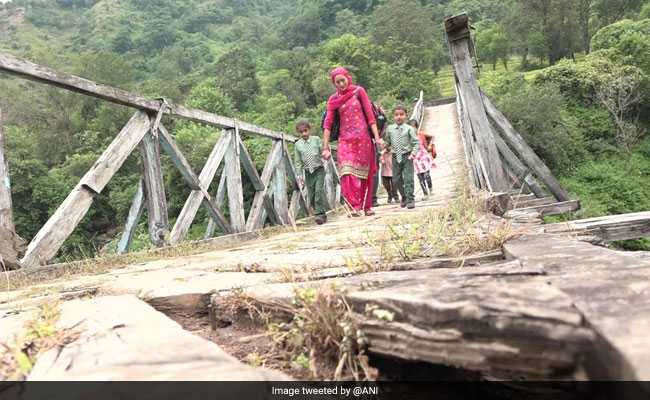 The wooden planks of the Jammu and Kashmir bridge are broken.

A suspended wooden bridge over river Tawi in Udhampur district's Ramnagar is in a dilapidated condition due to heavy rainfall, with residents risking lives to cross the bridge.

The extreme weather conditions prevailing in the region are adding to the distress of locals in the area, for whom crossing the bridge occupies a large part of the commute. 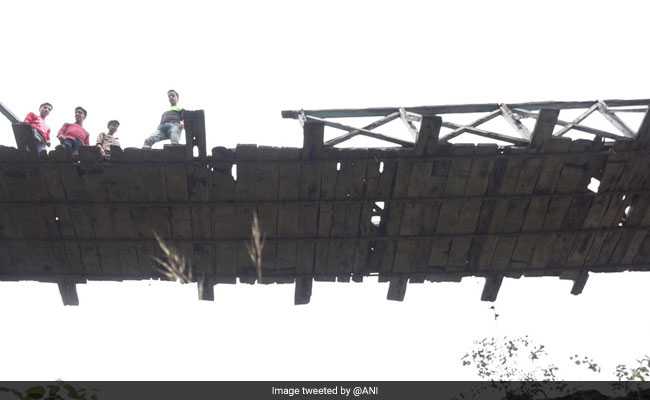 The wooden planks in the bridge are broken.

"The wooden planks are broken, it's dangerous to cross the bridge," a resident said.

Udhampur Deputy Commissioner (DC) Ravinder Kumar said the bridge, which has been damaged due to torrential rains in the region, will be restored immediately.

Several people were killed and roads were blocked after heavy rains hit parts of Jammu and Kashmir.

Five people of a family were killed after a house collapsed due to a landslide in Gandoh area of Doda district on Monday.