Team Thackeray Will Win Over 100 Seats If Mid-Term Polls Are Held: Sena MP 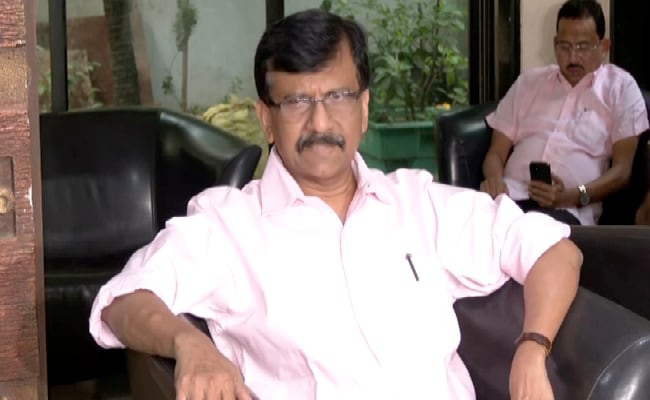 Shiv Sena MP Sanjay Raut on Tuesday said the Uddhav Thackeray-led party will win more than 100 seats if mid-term polls are held now in Maharashtra and claimed that people are angry against the rebel MLAs.

“Shiv Sena will win over 100 seats if mid-term polls are held in the state today, looking at the anger against the rebels and enthusiasm in favour of the party. If an MLA quits the party it does not mean that Shiv Sena has lost its voters,” Mr Raut told reporters.

On Monday, after winning the trust vote in the Assembly, Chief minister Eknath Shinde said the BJP and the Shiv Sena led by him will together win more than 200 seats in the next Assembly polls and if that does not happen, he will go back to farming.

Taking a dig at the newly elected Assembly Speaker Rahul Narvekar, Mr Raut said the Uddhav Thackeray-led Sena is the original party and if a decision on the disqualification of party MLAs is taken, then he should return his law degree.

Mr Narvekar is a lawyer by profession.

On Monday, the Mr Shinde camp had issued a whip asking all Sena MLAs to vote in the favour of the government.

After winning the trust vote, the Shinde faction on Monday night issued a notice to 14 legislators from the Uddhav Thackeray camp for violating the whip issued by Shiv Sena chief whip and Shinde loyalist Bharat Gogawale.

The notice, however, excluded the name of Aaditya Thackeray, son of Uddhav Thackeray, out of respect for Sena founder Bal Thackeray.

“This is a legal process. The rest of the 14 are also Balasaheb's Shivsainiks and followers,” Mr Raut said.

Slamming the rebels- 40 so far who have joined the Shinde camp- Mr Raut said those who wanted to leave the party only wanted a pretext.

Referring to Mr Shinde's speech in the Assembly wherein he had underlined the "unfair treatment" meted out to him in the Sena, Mr Raut said instead of spelling out his tasks for the state, the CM gave justification on why he left the party.

Mr Raut said those who rebelled against Shiv Sena in the past like Narayan Rane and even Chhagan Bhujbal had spoken the same language as used by Shinde when they walked out of the party fold.

“Whenever a leader quits the party, betrays a party, he uses the same kind of justification. He has to strike an emotional chord with the people to justify that he is right,” Mr Raut said.