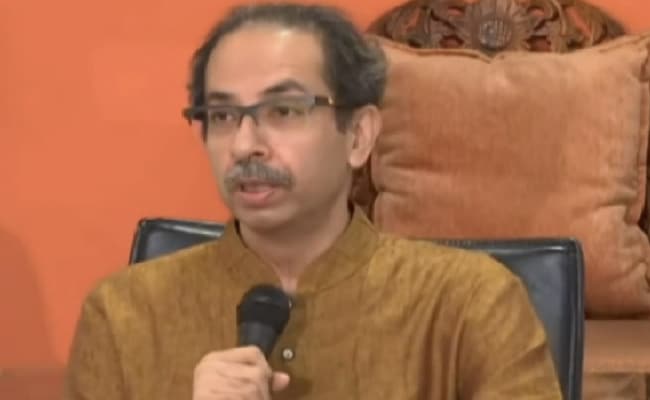 Uddhav Thackeray gathered the Shiv Sena — at least the part that he still commands — at its office in Mumbai on Monday evening and dared the new government led by party rebel Eknath Shinde to mid-term elections. This came hours after the Team Shinde-BJP coalition proved its majority comfortably as some more Shiv Sena MLAs crossed over to the new government.

NCP boss Sharad Pawar had yesterday told his party to be ready for mid-term polls, predicting that the new government won't last until 2024, when the next assembly elections are due.

Mr Thackeray — who resigned as Chief Minister last Wednesday as the mutiny pushed the Shiv Sena-NCP-Congress out of power — did not speak to the media after today's meeting with district unit heads. A statement by the party later said that Mr Thackeray told them to stay together if they wanted to put up a fight.

"This is BJP's ploy to end the Shiv Sena; I dare them to hold mid-term polls in the state. Instead of playing all these games, we will go to the court of people," the statement quoted Mr Thackeray speech, "If we are wrong, people of the state will send us home; and if you (BJP and Shinde group) are wrong, people will send you home."

Earlier in the day, Eknath Shinde won the trust vote 166-94, and said his team and the BJP will together win more than 200 seats in the 288-seat House next time.

For now, the new government has the numbers in the House, but the battle isn't over on two key fronts — the legal fight over which is the "real" Shiv Sena, and the one about perception as to who represents the Sena's ethos.

Mr Shinde has repeatedly said the Sena under Uddhav Thackeray drifted away from the Hindutva ideology of its founder Bal Thackeray, Uddhav Thackeray's father. But Team Thackeray has called this argument an alibi and termed the Shinde group traitors.

The Shiv Sena and BJP had together got majority in 2019 after five years in power already, but a dispute over leadership broke them up. Mr Thackeray became the chief minister after forming the Maha Vikas Aghadi (MVA) alliance with the NCP and Congress.

In his statement today, Mr Thackeray accused Eknath Shinde and the BJP of "an assault on Babasaheb BR Ambedkar's Constitution".

On the legal front, the Supreme Court will next hear the ongoing case over possible disqualification of the Sena rebels on July 11. That's now further complicated as the new government's nominee won the Speaker's post yesterday.

Both Sena camps also issued diverging whips -- technically, binding directions to MLAs -- for the trust vote. Going against such a whip can lead to disqualification. That's another potential court case.

Dividing the party in the assembly — with two-thirds of the MLAs — looks easier for Mr Shinde than claiming the party altogether, for which he will need the same strength within its units. The final decision on that will be the Election Commission's.

The BJP has insisted that it had nothing to do with the rebellion — even though the Shinde camp's route to power had pitstops in three BJP-ruled states.

BJP's Devendra Fadnavis, who is now deputy to CM Shinde, said in the assembly today, "We have once again formed our government with Shiv Sena. In Eknath Shinde, a Shiv Sainik has become the CM." When the BJP and Shiv Sena were in power together from 2014 to 2019, Mr Fadnavis was the chief minister and Mr Shinde was a minister in his cabinet.