Kanhaiya Lal was killed by two men who posted a video on social media stating that they were avenging alleged insult to Islam. 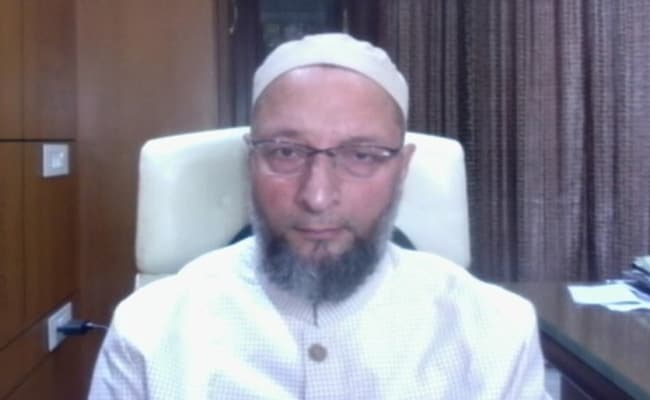 Asaduddin Owaisi said Udaipur incident would not have happened had Rajasthan police been alert.

AIMIM chief Asaduddin Owaisi on Wednesday said the killing of Udaipur tailor Kanhaiya Lal as well as past killings of Pahlu Khan, Mohammad Akhlaq and Mohammed Bhatta Sheikh were all "acts of terror," and blamed the Rajasthan police for not acting in time on Lal's complaint.

Kanhaiya Lal was killed by two men who posted a video on social media stating that they were avenging alleged insult to Islam.

“Udaipur incident would not have happened had Rajasthan police been alert. I read in the media that Kanhaiya Lal was receiving threats after he was arrested and released on bail,” the All India Majlis-E-Ittehadul Muslimeen leader said.

The killing of Kanhaiya Lal, and past incidents where 'videos of the barbaric act were shot' such as the killings of Pehlu Khan, Mohammad Akhalaq and Mohammad Bhatta were all "acts of terror" and showed that radicalization is increasing in society, he added.

Pehlu Khan was killed by an alleged cow vigilante mob in 2017 in Rajasthan's Alwar district, while Akhalaq was killed by a mob in Uttar Pradesh's Dadri in 2015.

Mohammad Bhatta Sheikh, a migrant labourer from West Bengal, was killed in Rajasthan's Rajsamand district in 2017. Asked about the threats issued to Prime Minister Narendra Modi by Kanhaiya Lal's killers in a video, Mr Owaisi said, “It is condemnable. Modi is our prime minister. We might have ideological differences with Modi but this doesn't mean that he can be threatened.” The AIMIM leader also reiterated his demand that Nupur Sharma be arrested, saying she should face trial in a court of law for her alleged objectionable remarks about Prophet Mohammad.