The state's constitution makes it mandatory for the national and state flag to be used together.

Jammu: A court order that said all government buildings and cars in Jammu and Kashmir must use both the national and state flag has been suspended today.

On December 18, the Jammu and Kashmir High Court had said the state's flag - red and white with three vertical stripes and a plough - must be used on government property along with the tricolor. The order of the single bench has been stayed or suspended today by two judge bench.

The earlier order had been challenged by a leader of BJP,  which governs the state in coalition with the People's Democratic Body or PDP. Prime Minister Narendra Modi attended the oath-taking ceremony of the new government on 1st March last year; both flags were used at the ceremony. All the ministers also took oath of allegiance to J&K constitution.

Reacting to the order today, the PDP said, "We don't need a judgement to hoist or 'unhoist' state flag. Court and legislature is duty bound to ensure the sanctity of state flag. State and national flag is not in conflict with each other." 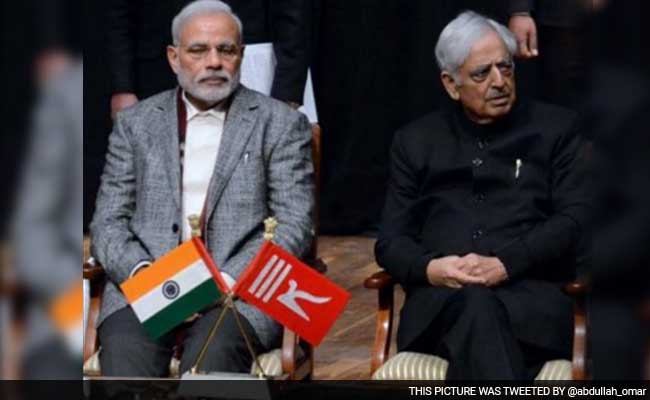 Jammu and Kashmir is the only Indian state permitted to fly its own state flag along with the national flag.

The judges that asked for the state flag to be used had said their decision was based on Article 370 of the Constitution, which grants special status to Jammu and Kashmir and allows it to make its own laws in areas barring some like defence.

The state's constitution makes it mandatory for the national and state flag to be used together. In March, the government issued a notice saying both flags must be used, creating a rift between senior partner the PDP and the BJP. To bridge the gap, the instruction was then withdrawn, with the understanding that the state's constitution provides for both flags to be used and therefore, special instructions are not needed.

Here's what I'll say - so long as J&K is a part of India the two flags will continue to fly & we'll take pride in it https://t.co/BSpKxIhb86