Three new ferries will commence commercial services by next week and one Ro-Ro vessel will start plying between north and south Guwahati by December. 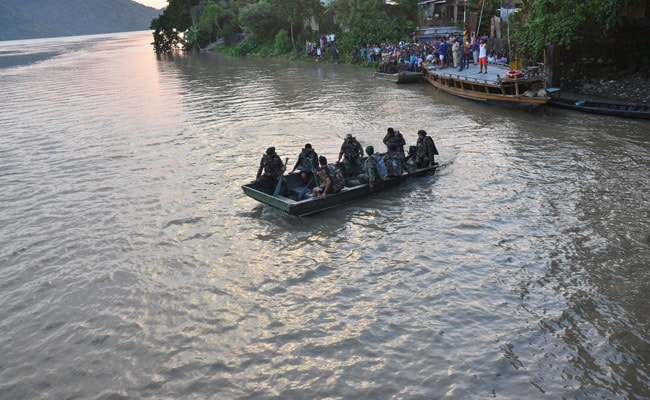 A day after a boat capsized in the Brahmaputra, Assam minister Himanta Biswa Sarma said on Thursday that two bodies had been found and not three as reported earlier.

"We have missing reports of two persons (not 11 as reported earlier). There is no other intimation of any more missing person. We have recovered two bodies," Mr Sarma said. Therefore, it can be assumed that the number of deceased would be around four, the finance minister told reporters after visiting the home of deceased Ankita Barua.

Kamrup district Deputy Commissioner Kamal Kumar Baishya had earlier said the boat, carrying about 36 passengers, capsized in the river after it hit a rock near north Guwahati. Three bodies were found, 12 people swam to safety and 11 were missing.

When contacted, Mr Baishya said on Thursday that 26 people, including two boatmen, were in the boat and not 36. The state Inland Water Transport (IWT) department had provided a higher number of passengers, he said, while corroborating Mr Sarma's figures.

Mr Sarma also announced construction of a bridge over the river to connect the north and south banks. "Other than a bridge, there cannot be any other permanent solution. We have received a Rs 2,000 crore loan from the BRICS Bank. The total cost will be around Rs 2,400 crore. The IIT has completed the drawings of the bridge." The minister added that the construction work would likely begin within six months and be ready by 2022.

He said the mechanised country boats -- commonly known as 'bhutbhuti' -- do not have all safety mechanisms and the government was now looking to enforce them strictly. Whether the 'bhutbhutis' will be allowed or stopped in the river would be decided by Sunday after consultation with the people, Mr Sarma said. "We do not have sufficient government ferries. Today we will discuss how we can increase the ferry service of the IWT. We will arrange for adequate ferries."

Three new ferries will commence commercial services by next week and one Ro-Ro vessel will start plying between north and south Guwahati by December, he added.

Earlier in the day, Mr Baishya said search operations resumed in the morning to look for the missing persons. Army helicopters have been pressed into service to locate any floating bodies in the river.