Tushar Gandhi finds the government's plans to celebrate the 150th birth anniversary of Mahatma Gandhi in a grand manner "only symbolic". 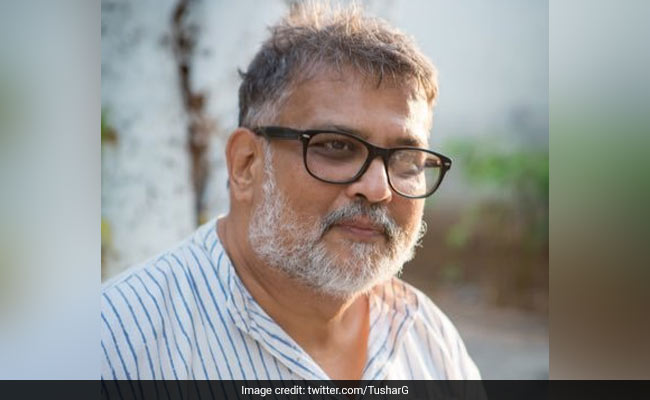 He wondered whether the US president may also like to replace George Washington with himself.

Tushar Gandhi also finds the government's plans to celebrate the 150th birth anniversary of Mahatma Gandhi in a grand manner "only symbolic".

Last week, President Trump heaped praise on PM Modi, who was visiting the US, saying, "I remember India before was very torn. There was a lot of dissension, fighting and he (Modi) brought it all together. Like a father would. Maybe he is the father of India."

Reacting to the US president's September 24 comment, Tushar Gandhi told PTI, "Those who feel the need to replace the father of the nation with a new one are welcome. Trump may also like to replace George Washington (one of the founding fathers of the United States) with himself."

The 59-year-old is the son of journalist Arun Gandhi, grandson of Manilal Gandhi and great-grandson of the Mahatma.

Asked about a section of the right-wing glorifying Mahatma Gandhi's assassin Nathuram Godse, Tushar Gandhi said, "Time will judge what is better."

"Those who worship hate and violence can praise Godse. I will not have any grudge against them. It is their right as I have the right to worship Bapu. I welcome them," he said.

On the government's plan to celebrate the 150th birth anniversary of Mahatma Gandhi in a grand manner, Tushar Gandhi, who is a managing trustee of the Mahatma Gandhi Foundation, said such celebrations are only symbolic.

"Bapu's thoughts and ideology can be applied everywhere, as in life and in administration, but sadly that does not happen," he said.

"Bapu has been reduced to a symbol, like on currency notes and on Swachh Bharat Abhiyan posters," Tushar Gandhi said.

Society should understand the Mahatma's ideology, which has proven to be timeless and has inspired mass movements across the world, he said.

Gandhian thought is the ideology of "sustainability" and is gaining global acceptance at a time when intolerant and extremist ideologies seem to be strengthening, he said.