Salman Khan's Tubelight will hit the screens tomorrow but before you buy that ticket, read these facts about the film. You can impress your friends with these facts while you're in a queue at the snack bar 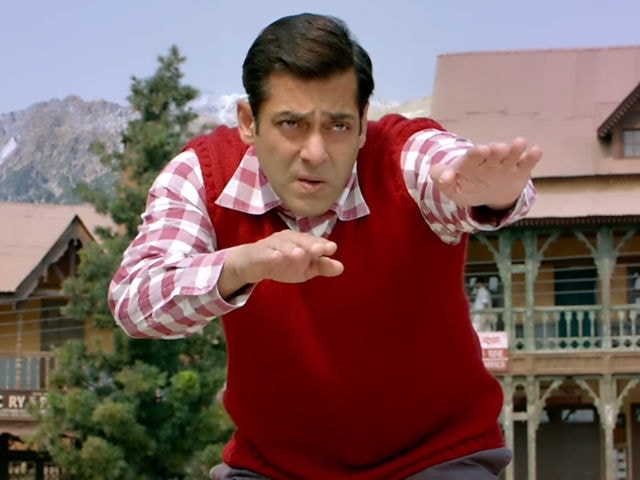 New Delhi: Salman Khan will keep his Eid date with fans as he gears up for the release of another blockbuster (you bet) film - Tubelight. The Kabir Khan-directed film has Bajrangi Bhaijaan vibes and yet, it seems unique. Salman Khan's new young co-star, Arunachal Pradesh-based Martin Rey Tangu (who was curious to know 'Munni ki film ne kitna paisa kamaya?'), reminds us of Harshaali Malhotra's cute-beyond-words work in Bajrangi Bhaijaan. Salman Khan's character, Bharat Singh Bisht, is naive like Pawan Kumar Chaturvedi aka Bajrangi of Bajrangi Bhaijaan. There are many things which may remind moviegoers of Salman's previous films but here 10 things about Tubelight which makes it one-of-its-kind.

Everyone knows that Shah Rukh Khan has a cameo in Tubelight but you probably didn't know that his name in the film is Goga Pasha. But here's the more interesting fact - Shah Rukh Khan will be seen in a cameo in a Salman Khan film after 17 years. SRK appeared in one scene in Salman Khan's Har Dil Jo Pyaar Karega (2000).

Kabir Khan didn't reveal the contribution SRK's character brings to the film's the plot (obviously) but he told The Indian Express that it was a role "screaming for a superstar cameo." At a recent event, Salman told media that Shah Rukh agreed to the cameo even before he could ask. Shah Rukh also appeared in the trailer of Tubelight for like a nanosecond.

After Baahubali 2's "freakish" success (as Salman Khan told Firstpost), Salman Khan pulled up Tubelight's game. According to a mid-day report Salman Khan's film is getting the biggest ever opening for a Bollywood film in USA, where it will release across 1,200 screens - that's 100 more than Baahubali: The Conclusion.

If you are a die-hard Salman Khan fan then this may not be the most pleasant fact you're reading. Tubelight is Salman Khan's shortest duration film ever, like ever. The film's runtime is 136.01 minutes. Sorry folks!

The #tubelight censor is here! @TubelightKiEid@BeingSalmanKhan@kabirkhankk#4DaysForTubelight#23june see you in the cinemas! pic.twitter.com/CsKfGB83Oz

Matin Rey Tangu, 8, is Salman Khan's new co-star. At a recent event, Kabir Khan told media that they deliberately kept Matin's introduction in Tubelight's last promotional leg. Salman and Kabir had all nice things to say about Matin, who handled the media a la Dabangg-style. No wonder Matin bested nine other children to grab the role in Salman's film.

To match Tubelight's massive opening in USA, the makers widened the promotional gauge and as a result, the posters of Tubelight received the central spot at New York's Times Square. Tubelight is apparently the first Bollywood film whose poster reached Times Square.

Too much light for Tubelight?

Tubelight late actor Om Puri's was last project. The actor died in January this year and since then two of his films - The Ghazi Attack and Viceroy's House - have released posthumously. Tubelight is sadly the last time we'll watch Om Puri on the big screen. Keep those tissues ready.

Kabir Khan had to obtain a NOC from a Kannada filmmaker to use 'Tubelight' as the film's title. The two films have nothing common except for the name and then again, what's in a name (probably you shouldn't ask Pooja Bhatt that question - remember the 'Holiday' controversy?)

The sets of Tubelight was a reunion platform of sorts. First, Kabir Khan and Salman Khan (after Ek Tha Tiger and Bajrangi Bhaijaan), then Salman Khan and Shah Rukh Khan and lastly, Salman and his brother Sohail, who are acting together in a film after eight years - after Main Aurr Mrs Khanna.

Did you know that Akshay Kumar was Kabir Khan's original choice for the role of Bharat Singh Bisht? Well, if you didn't, then you know it now.

#10 The Film Which Inspired Tubelight:

Tubelight, set in the backdrop of the 1962 Indo-China war, will hit the screens tomorrow. The film also stars Chinese actress Zhu Zhu.