Trust In News Has Grown Amid Pandemic, But It Is Below Average In India: Report 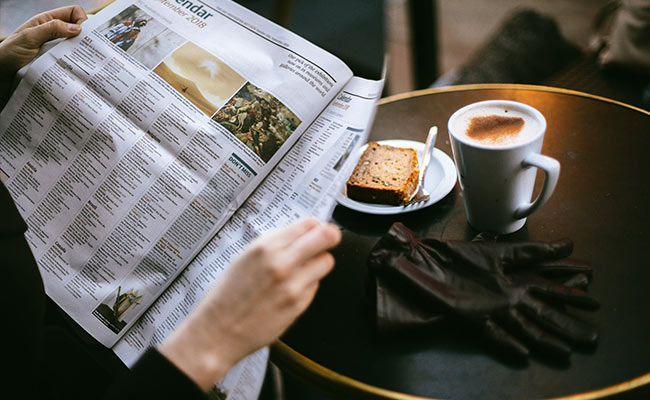 Trust in news has grown amid the coronavirus pandemic with 44 per cent of the respondents globally saying they trust most news most of the time, but the figure is below average at 38 per cent in India, according to a survey released on Wednesday.

Finland has topped the charts with overall trust of 65 per cent, while the US is placed at the bottom with 29 per cent score. India is ranked in the bottom half in the 46-nation survey conducted by the Reuters Institute for the Study of Journalism, University of Oxford.

The study, however, flagged that its data is based on a survey of mainly English-speaking online news users in India, a small subset of a larger, more diverse, media market in the country.

Within Asia-Pacific, India has been ranked 8th, while Thailand is at the top with 50 per cent respondents saying they trust news.

The study conducted by the Reuters Institute also showed that global concerns about false and misleading information edged higher this year, ranging from 82 per cent in Brazil to 37 per cent in Germany.

It also found that social media users are more likely to say they have been exposed to misinformation about the coronavirus than non-users, with platforms like Facebook and WhatsApp being seen as the main channels for spreading false information.

Among the Indian respondents, most expressed concern about COVID-19 misinformation through WhatsApp (28 per cent), followed by Facebook (16 per cent), YouTube (14 per cent), search engines such as Google (7 per cent) and Twitter (4 per cent).

Trust in the news has grown, on average, by six percentage points in the wake of the coronavirus pandemic with 44 per cent of the respondents globally saying they trust most news most of the time. It reverses to some extent recent falls in average trust, bringing levels back to those of 2018, according to the survey report.

India also figured among a few countries where a majority of respondents (over 50 per cent) were concerned about financial state of news organisations, while this proportion was only 32 per cent in the US, 26 per cent in the UK, 23 per cent in Germany and 41 per cent in Singapore.

Within India, legacy print news brands and newspapers, in general, have borne the maximum brunt of the slowdown, while television remains the most popular source overall despite the growing popularity of digital media, the survey found.

Among India respondents, legacy print brands and government broadcasters Doordarshan and All India Radio retain a high level of trust among consumers.

Print brands, in general, are more trusted than TV brands, which are seen as far more polarised and sensational in their coverage, it said.

The survey found that India is one of the strongest mobile focused markets, with 73 per cent accessing news through smartphones and just 37 per cent via computer.

India has more than 600 million active internet users, many of whom access the internet only through mobile phones -- aided by low data charges and cheap devices -- it said.

The study, however, flagged that the findings should not be taken to be nationally representative, as the respondents are generally more affluent, younger, have higher levels of formal education and are more likely to live in cities than the wider Indian population.