Children at the village waved placards of PM Modi and Donald Trump and a huge banner of the US president describing his Indian counterpart as "very energetic". 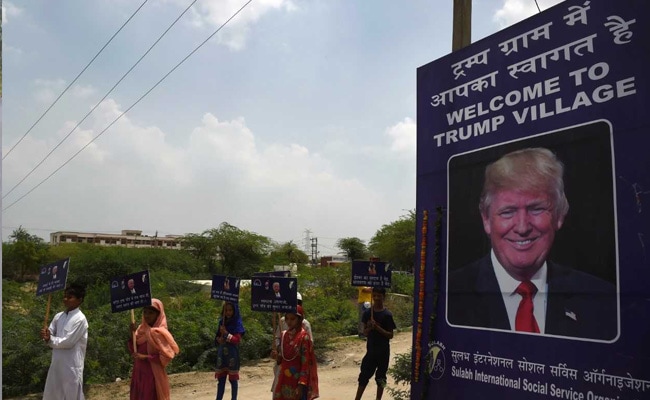 A village in Haryana with little electricity or running water renamed itself "Trump Village" on Friday in an unusual gesture to the American president ahead of Prime Minister Narendra Modi's trip to Washington.

A huge billboard declaring "Welcome to Trump Village" in Hindi and English, accompanied with a beaming portrait of the US president, was unveiled in the tiny hamlet officially known as Marora in Haryana.

Large posters of Trump adorned with marigold flowers were placed throughout the village of mainly mud-brick houses for a renaming ceremony, which was presided over by village heads and an NGO.

But despite the bold lettering greeting visitors at the arched village gateway, the name change is not official or sanctioned by the government.

The symbolic gesture comes just days before PM Modi's first meeting with Donald Trump this weekend at the White House. 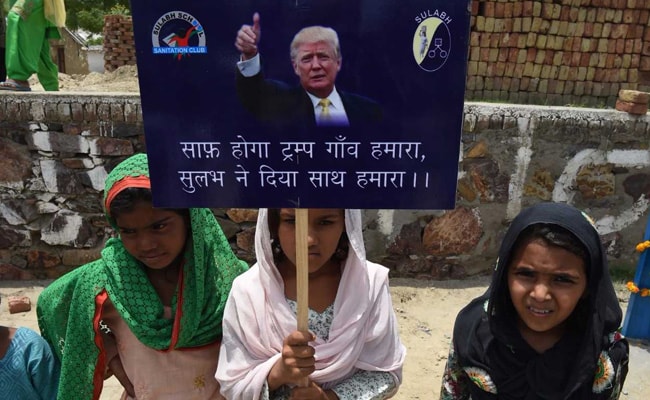 Sulabh founder Bindeshwar Pathak said the idea sprang to mind during a recent visit to the US.

The water and sanitation group Sulabh, which has been installing toilets in the village, suggested the name change to the local council.

Sulabh founder Bindeshwar Pathak said the idea sprang to mind during a recent visit to the US.

"I was speaking there and I thought why not in the name of Trump?" Mr Pathak told AFP, adding other villages in the region had also been renamed in recent years.

Aziz Ahmed, a villager, said he was sure the new name would stick even without official approval.

"They will only call it Trump Village. Everyone in the village is very happy about it," he told AFP.

Children at the village waved placards of PM Modi and Donald Trump and a huge banner of the US president describing his Indian counterpart as "very energetic".

The leaders of the world's two-largest democracies exchanged pleasantries in a phone call in January when the US President invited PM Modi to the White House.

Promoted
Listen to the latest songs, only on JioSaavn.com
During his election campaign, Trump courted Indian-American voters and even released a campaign advertisement in Hindi.

Earlier on Trump's borthday, a small Hindu group marked the occasion by feeding a giant poster of the president slices of cake in the heart of New Delhi.