The resumption of the toy train services between Darjeeling and New Jalpaiguri is expected to give a boost to tourism and hospitality sectors. 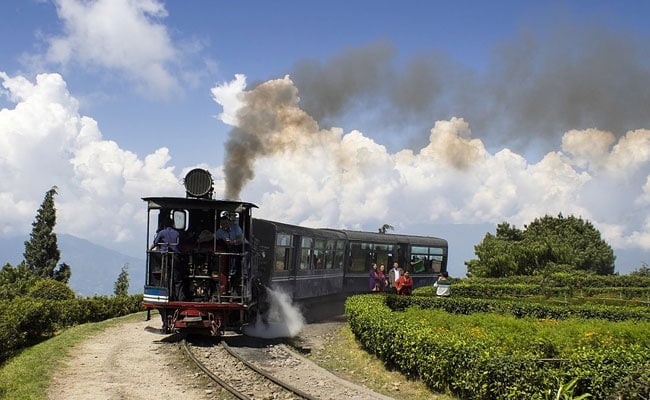 The heritage toy train services between New Jalpaiguri and Darjeeling in West Bengal resumed on Wednesday after a 17-month gap due to COVID-19 pandemic, an official said. Already, the toy train was on the tracks between Darjeeling and Ghum since August 16.

The resumption of the toy train services is expected to give a boost to tourism and hospitality sectors.

The toy train on this route was declared a UNESCO "World Heritage Site" in 1999.

Both heritage steam locos built between 1889 and 1927 as well as modern diesel engines are used to pull the toy trains that are widely popular among foreign tourists and domestic travellers.

It is currently running 11 round trips between Darjeeling and Ghum using both vista dome and first class coaches, Kaur said.

The train ascends from about 100 metres above mean sea level at New Jalpaiguri to about 2,200 metres at Darjeeling.

The joy rides between Darjeeling and nearby Ghum were resumed from Christmas but suspended again a few months later due to the second wave of the pandemic.