In what is believed to be a retaliation to the encounter, six Jammu and Kashmir policemen were killed in an attack by terrorists by spraying bullets at them. 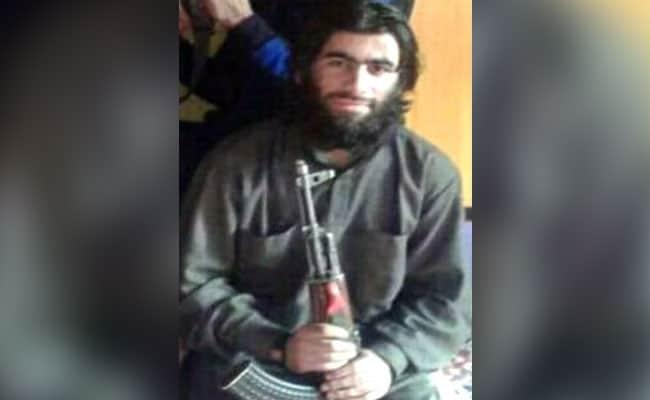 The bodies of Lashkar terrorist Junaid Mattoo and two of his accomplices were found in Anantnag. (File)

Srinagar: The top commander of Pakistan-based terrorist group Lashkar-e-Taiba Junaid Mattoo was killed in a gunbattle that took place in Jammu and Kashmir's Anantnag on Friday, police said today after his body was recovered from the encounter site.

Mattoo, who was involved in several attacks on security forces in south Kashmir, and two other terrorists were gunned down in a joint operation involving the Army, Special Operations Group (SOG) and the CRPF. The three were hiding inside a house in Anantnag's Arwani village.

Three weapons, including AK 47 guns, and six magazines were also recovered from their possession.

Two civilians, one of them a teenager, were killed after security forces opened fire at a crowd marching towards the encounter site. Police said crowd threw stones and tried to break the security cordon.

After the incident, clashes broke out between protesters and security forces at nearly a dozen places in the Valley, including downtown Srinagar, Tral, Pampore, Pulwama town and Anantnag in south Kashmir, Hajin in Bandipora and Sopore in Baramulla in north Kashmir.

Promoted
Listen to the latest songs, only on JioSaavn.com
While this encounter took place on Friday afternoon, terrorists in another part of the state laid an ambush and brutally killed six policemen, including a Station House Officer (SHO) of the Achabal police station. The faces of the policemen were disfigured by spraying bullets at them. "We will track down the attackers," Jammu and Kashmir Director General of Police (DGP) SP Vaid said. "This was a revenge attack."

Lashkar has claimed responsibility for the attack, which is being seen as retaliation to a day-long encounter that killed Mattoo.
Comments
Junaid MatooJammu and KashmirAnantnag Attack