The police say that a huge quantity of arms, ammunition and incriminating material was recovered from the encounter site 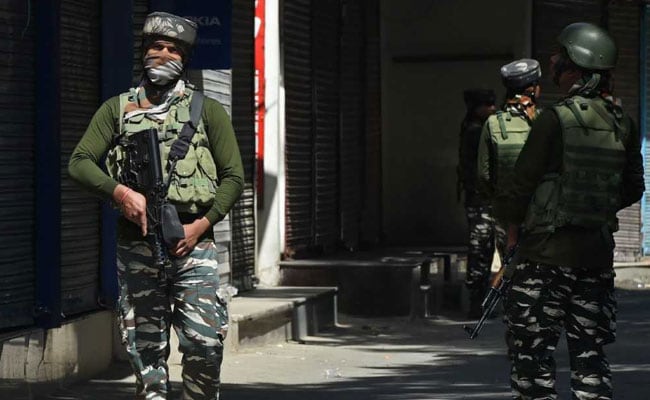 A jawan and a civilian were injured in cross-firing. (File photo)

A Pakistani-origin "commander" of the Jaish-e-Mohammad (JeM) was killed in an encounter in Jammu and Kashmir's Pulwama district this morning, the police said.

The security forces had information about the presence of a terrorist in Dar Ganie Gund village in Tral. When the forces were searching the area, the terrorist opened fire forcing them to retaliate. The terrorist was killed in the encounter and the house where he was hiding was destroyed in the process, an officer said.

Huge quantity of arms, ammunition and incriminating material was recovered from the site, an officer said.

"From the incriminating material recovered, it is learnt that the killed terrorist was one of the top commanders of the proscribed terror outfit JeM. He was identified as Adnan of Pakistani origin," the spokesperson said.

A jawan and a civilian were injured in cross-firing and admitted to the hospital, the spokesperson added.