The top court cautioned the states and the UTs saying that their Chief Secretaries will have to appear in person before it if the orders are not complied with. 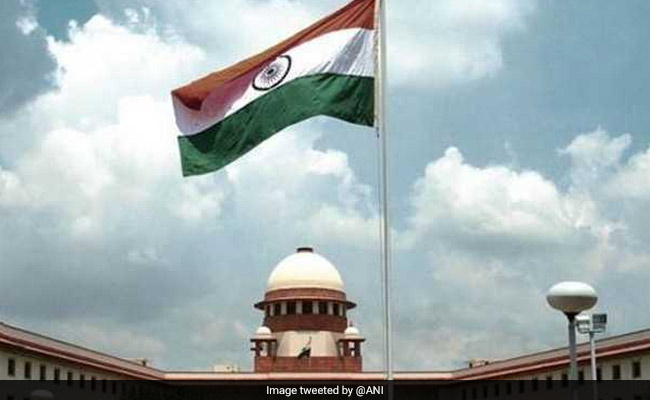 The Supreme Court has ordered the provision for ex-chief justices and judges of high courts.

The Supreme Court Thursday directed all states and Union Territories to comply within six weeks with its direction to provide medical facilities to retired chief justices and judges of high courts, their spouses and dependent family members at par with the sitting judges.

The top court cautioned the states and the UTs saying that their Chief Secretaries will have to appear in person before it if the orders are not complied with.

A bench headed by Chief Justice Ranjan Gogoi had passed several directions to ensure uniform medical facilities for retired Chief Justices and Judges of the High Courts as also their spouses and dependent family members.

It had directed states and UTs to provide former high court CJs and judges and their dependent family members "all facilities at par with sitting Judges, reimbursement for medical treatment in private hospital without prior approval of the state Government".

The top court had said that the sanctioning authority would to be the Registrar General of the High Court instead of the government official and the states would be reimbursing the claims for treatment taken in other states as well.

It had also directed the states to provide "cashless facility" to the former HC judges and their dependent family members.

Senior advocate P H Parekh, who is assisting the court as an amicus curiae, Thursday gave the list of states and UTs which have fully and partially complied with the directions.

"Based on the replies received, as well as the affidavits filed by the states and UTs, I find that 15 states are in full compliance of the orders ...of this court," Mr Parekh said.

He said that the 15 states, which have complied with the directions, include Arunachal Pradesh, Chatttisgarh, Delhi, Goa, Karnataka, Kerala, Manipur, Tamil Nadu, Telangana, West Bengal and Nagaland.

Uttar Pradesh is the state which has not complied with any of the directions, the senior lawyer said.

The bench said that its directions have to be followed and the chief secretaries of errant states will have to show up personally in the court on the next date of hearing which would be fixed after six weeks.

Earlier also, the court had said that the failure to provide medical facilities to retired judges of the high courts in terms of the earlier directions "will be construed an act of defiance" of the court order and chief secretaries of the states and union territories shall be accountable for this.

The top court had also directed the registrar general of all the high courts to sanction reimbursement of funds for availing all medical facilities by retired judges of the high courts including their spouses and dependent family members.

"The registrars general of the high courts regardless of the action or inaction on behalf of the state authorities, will sanction reimbursement claims as and when made, in terms of the directions in the order dated October 24, 2018 and the present order," the bench had said.

The court, in its last year order, had directed that registrar general of high courts will be the sanctioning authority for medical facilities availed by the retired judges of the high court and reimbursement will also be provided for treatment taken in any other state.