To Make In India, Apple Executives To Meet Government Officials On January 25 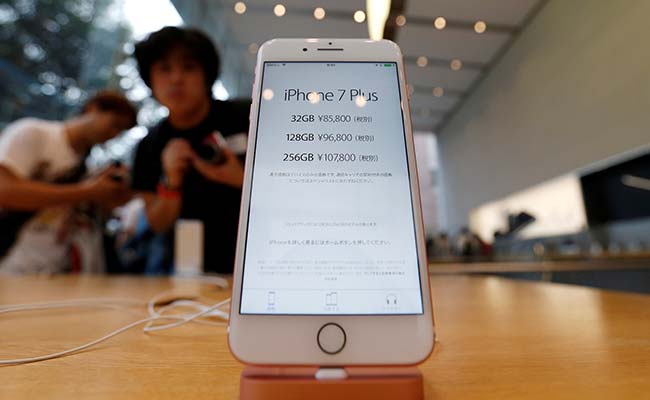 New Delhi: A team of the US-based iPhone maker Apple will meet a group of senior officials from various ministries, including IT and finance, on January 25 to discuss its demands for setting up a manufacturing unit in the country.

Officials from departments of commerce, industrial policy and promotion (DIPP), revenue, environment and forest, electronics and information technology (DeITY) will take part in the deliberations.

As many as 42 companies are making mobile phones in India, including Chinese firm Huawei and Xiaomi, and no firm has approached the government for any additional incentives.

The scheme offers financial incentives to offset disability and attract investments in the electronics hardware segment. It also gives subsidy for investments in special economic zones, among other benefits.

Apple's products are manufactured in six countries, including Korea, Japan and the US.

Earlier, the finance ministry in May had rejected relaxing the 30 per cent domestic sourcing norms as sought by the iPhone and iPad maker as a pre-condition of bringing in Foreign Direct Investment to set up single-brand retail stores in the country.

The company had sought exemption on the ground that it makes state-of-the-art and cutting-edge technology products for which local sourcing is not possible.

The government had also turned down the firm's proposal to import refurbished phones and sell them in India.

The government has announced incentives to promote electronic manufacturing in India and reduce the import bill.