To Let Drones Fly In The Sky, Home Ministry Says Law Round The Corner

Till the time the government did not ban drones anyone could buy one and operate it. But once the act is enforced, officials say things would streamline. 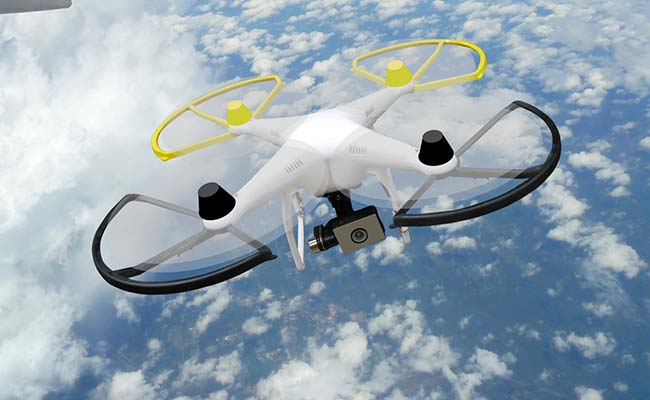 Currently, the use of drones is being regulated only through an executive order.

New Delhi: The Home Ministry is planning to bring in a draft policy next month that will regulate the usage of unmanned aerial vehicles or drones in the country instead of completely banning them.

"We are working on a draft drone act, which will focus on regulating the use of drones instead of banning. It should come out in public domain by September after which comments will be taken from stakeholders," Union Home Secretary Rajiv Mehrishi said on Wednesday.

Currently, the use of drones is being regulated only through an executive order. Whenever someone is caught violating the law they are booked under the aircraft act.

"There is an entire act for planes which regulates their operation and as of now if someone is caught operating drones they are also booked under aircraft act," said a senior official.

There are no radars to detect the presence of a drone or its path. So the government says it feels it does need some basics which need to be worked out, which will be addressed in this new act.

Till the time the government did not ban drones anyone could buy one and operate it. But once the act is enforced, officials say things would streamline.

"Essentially the act will spell out the mechanism to police a drone i.e., a procedure who all can buy for what purpose they can buy, which all areas they can fly a drone and lastly how much punishment will a person get who flies an unlicensed drone," explained an officer who is dealing with drafting the act.

Earlier this month, the pilot of an Air Asia flight complained of getting distracted by drones while landing at Indira Gandhi International Airport in Delhi. Following the pilot's report, operations at Delhi airport were shut for two hours.

According to rules, the airport security force have been told to treat drones as possible security threats, but there is no guideline as to how to react when a drone is spotted in the vicinity of an airport.

Every month, six to seven cases of pilots getting distracted by different objects while landing/taking off are reported from Delhi airport.
Comments
Drones in IndiaDrones guidelinesflying drone